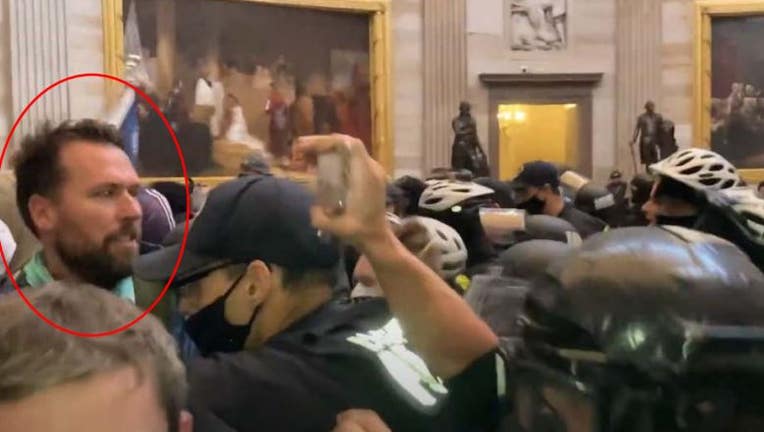 WASHINGTON - Olympic gold medalist Klete Keller has pleaded guilty to charges in connection with the Jan. 6 riot at the U.S. Capitol.

On Wednesday, Keller pleaded guilty to obstructing an official proceeding, which carries a sentencing range of 21 to 27 months.

The five-time medalist was caught on camera wearing a distinctive "USA" jacket as hundreds of pro-Trump insurgents stormed the Capitol.

Keller admitted on Friday that he destroyed a phone he had with him during the attack, and threw away the jacket, the day after the Capitol riot.

The mob stormed the Capitol after leaving a rally featuring former President Donald Trump, who reiterated a baseless claim that the results of the 2020 election were fraudulent.