OCEAN CITY, Md. - Beachgoers saw and heard small detonations Monday as members of the Ocean City bomb squad and other agencies scoured the beach for damaged fireworks from this weekend's accidental blast that left several with minor injuries.

Authorities with the city, the state, the Bureau of Alcohol, Tobacco, Firearms and Explosives and the fireworks vendor began early Monday morning.

Gino Pambo recorded this video of a fireworks mishap the morning of the 4th of July in Ocean City, Md.

"Beach and boardwalk patrons in the area Dorchester Street and the beach are asked to remain at a safe distance outside the established safety perimeter," said Ocean City spokesperson Jessica Waters in a statement. "This perimeter may have to be adjusted throughout the day based on the necessary procedures to relocate or safely dispose of them."

The incident happened Sunday morning and led to the cancellation of the day's fireworks shows.

An undisclosed number of employees had minor injuries but declined transport to a hospital. No beach or boardwalk visitors were injured. 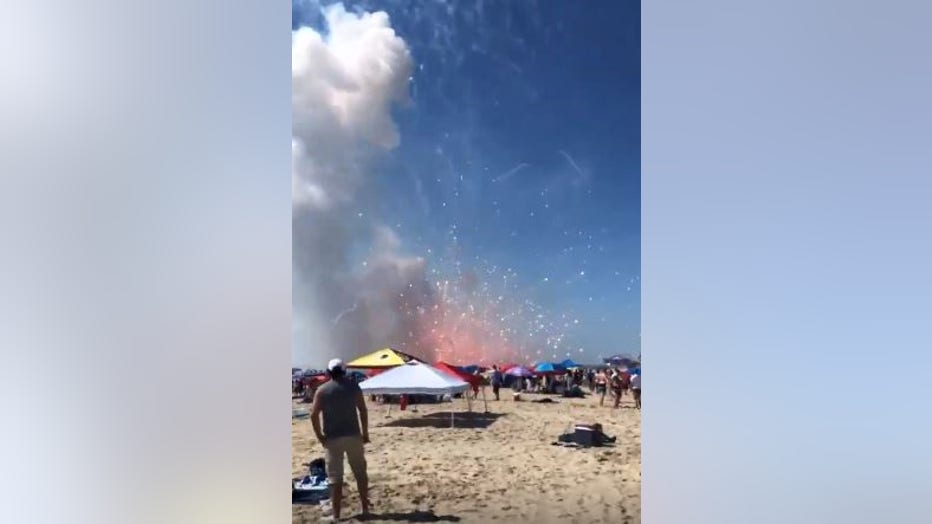