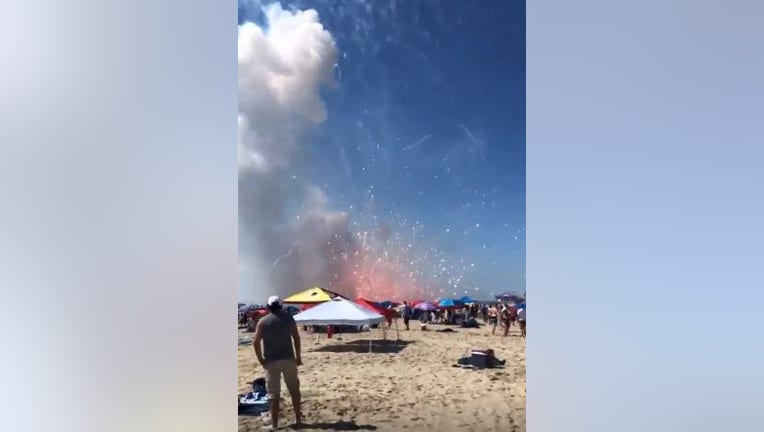 Members of the Ocean City bomb squad and other agencies detonated any remaining fireworks on the beach on Monday.

Police say the person was setting up fireworks for Ocean City's fireworks show on the beachfront at Dorchester Street when the accident occurred.

The person refused medical transport to a local hospital. No other people were injured.

Gino Pambo, another beachgoer, caught footage of the fireworks mishap from the Ocean City boardwalk:

Officials urge professionals and amateur fireworks lovers alike to use caution when playing with fireworks. D.C. and Virginia restrict some types of fireworks, while all fireworks are illegal in Maryland unless part of a permitted public display.