The life and legacy of Queen Elizabeth II

LONDON - Queen Elizabeth’s love of the corgi is well known. Her father, George VI, introduced the breed to the royal family in 1933 when he bought a corgi called Dookie. The animal proved popular with his daughters, and the queen was given her first corgi, Susan, for her 18th birthday. She has owned over 30 corgis during her reign — many were direct descendants from Susan.

Elizabeth also introduced a new breed of dog known as the "dorgi" when one of her corgis was mated with a dachshund named Pipkin.

Just before her death, Elizabeth had four dogs which included two corgis, a dorgi and a cocker spaniel. Candy the dorgi is the eldest of the bunch and is believed to be approximately 10 years old. Lissy, the cocker spaniel, was the newest dog to enter the royal family in January 2022. 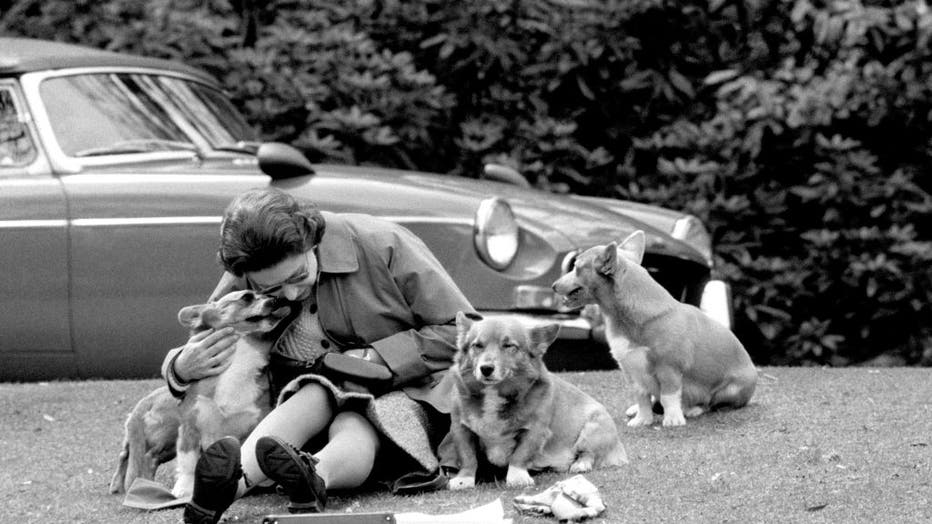 The Queen, sitting on a grassy bank with the corgis, at Virginia Water to watch competitors, including Prince Philip in the Marathon of the European Driving Championship, part of the Royal Windsor Horse Show. (Photo by PA Images via Getty Images)

What happens to them now?

While nothing is confirmed, it is assumed that the dogs will stay in the care of the royal family.

The monarch, 96, died earlier on Sept. 8 as senior members of the royal family rushed to Balmoral to be by the queen's side.

RELATED: What happens when the queen dies? All about Prince Charles’ succession, accession and coronation

"She loves animals and she absolutely adores dogs. She always has done, they were her first love and they will be her last," royal biographer, Ingrid Seward told Newsweek, before news of the monarch's death was revealed. 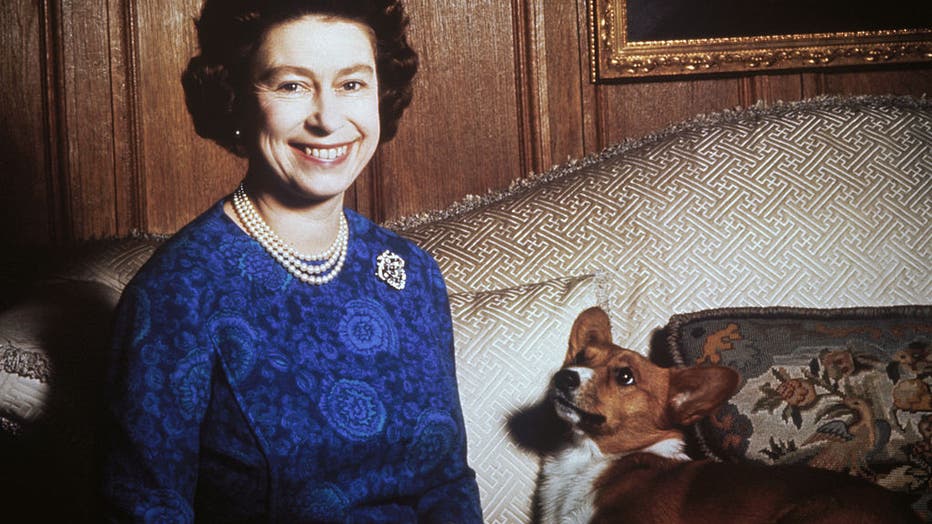 Seward speculated that while no official plan for the animals has been released publicly, they might go to the children.

"I imagine the dogs would be looked after by the family, probably Andrew [as] he's the one that gave them to her, they're quite young, the corgi and the dorgi."

Penny Junor, author of the 2018 book :All The Queen’s Corgis," has said that the care of the dogs have been a critical aspect of care by the queen’s staff.

"Care of the dogs has fallen sometimes to footmen but mostly to the Queen's trusted dressmaker, assistant and right-hand woman, Angela Kelly; and to her equally trusted page of many years standing, Paul Whybrew, who was seen walking with the Queen and the dogs in the James Bond spoof," Junor wrote.