For the first time, we are seeing the body camera footage from when police responded to break up an underage drinking party at a diplomat's home hours before a Montgomery County teen died.

The party happened in December 2017 at a home on Elgin Way in Bethesda, which is owned by a diplomat.

Officers responded to break up a group of teens outside the home and noticed many were obviously drunk, including 17-year-old Walt Whitman High School senior Navid Sepheri.

Officers encounter Sepheri, one even saying, "go somewhere else dude. You're wasted," but allowed the teen to walk off with friends. Hours later his father found the teen dead in a stream nearby. 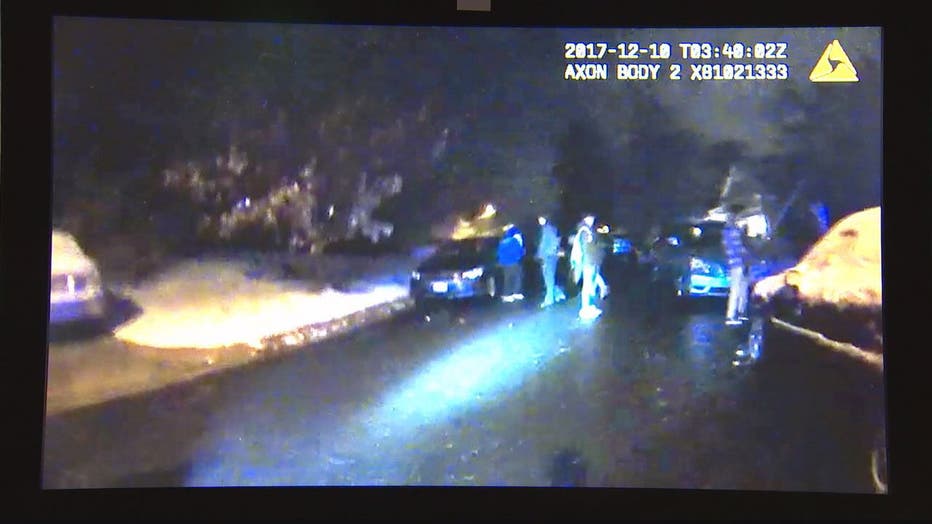 The video raises new questions for Montgomery County Police, who said the officers' response was under investigation, but say they can not reveal if the officers were disciplined. It is also unclear if any policies changed in the wake of the incident when it comes to officers encountering impaired teens.

The teen's family has told reporters the officers could have done more to ensure his safety.

Neither of the homeowners were charged, despite teens telling police they hosted the party. Police have said there is no evidence the parents provided alcohol to the teens.

Police: Officers spoke to Bethesda teen before he was found dead in wooded area stream