COLLEGE PARK, Md. (FOX 5 DC) - When the University of Maryland’s football team opens the season against Northwestern Saturday – the game may look the same, but the jerseys won’t.

It’s because some players plan to make personal statements about the fight for racial justice by having words like “Unity” or “Equality” replace the names on their uniforms.

“I chose ‘Empathy’ because with an issue like this or really any issue at all, you have to be able to understand other people’s side of a problem to kind of relate with that problem,” junior wide receiver Brian Cobbs said in a video released by the school. 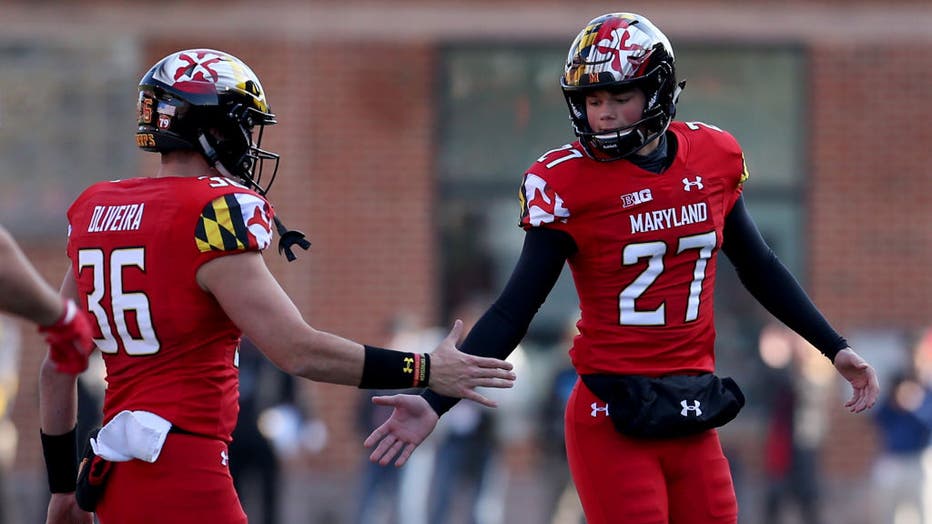 Junior kicker Joseph Petrino added, “I chose ‘I got your back’ because on this team we truly are a family. I think of these guys as brothers and I don’t want anyone to feel like they’re going through this struggle alone.”

In addition to those expressions of solidarity, fans will also notice warm-up shirts with similar expressions, and also new helmet stickers, designed by student-athletes, that say the phrase ‘One Terp.’ Other words and phrases that will be featured on jerseys include ‘Justice,’ ‘Speak Up,’ and Respect.’

Students who spoke with FOX 5 in College Park Friday said they support the idea.

“I think it’s a good message to send for the Big Ten,” one student said.

“I think with the overall scheme of things it’s only going to help us out, and you know bring more awareness to the whole situation,” added another.

The game will be played at Northwestern. Kickoff is set for 7:30 p.m.