ARLINGTON COUNTY, Va. (FOX 5 DC) - An Alexandria man has been arrested after damaging property in an attempt to enter Thomas Jefferson Middle School during a school lockdown.

Police were dispatched to the report of an assault with injury involving a weapon inside a business in the 200 block of S. Glebe Road on Friday around 12:21 p.m. Officers requested Thomas Jefferson Middle School be placed on a secure status due to its proximity to the business.

Shortly after, the suspect, Alexander Sentayhu, 25, arrived to pick up his relatives who are students at the school. Upon finding the school locked, Sentayhu called the Emergency Communications Center indicating he was armed and requested access to the school. 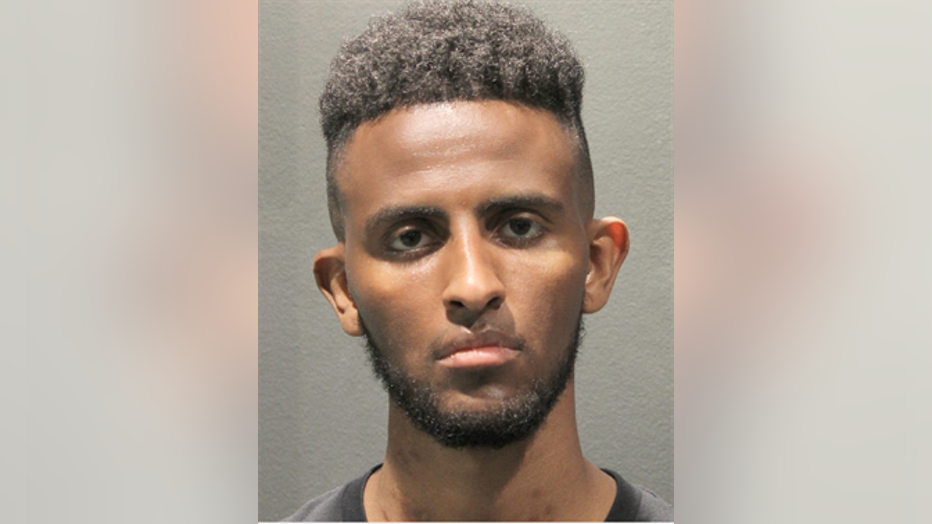 Sentayhu kicked the door, breaking the glass, and continued to try to force the door open. He was unsuccessful in gaining entry and left the scene prior to the arrival of officers.

During the course of the investigation, officers identified Sentayhu and made contact with him. The preliminary investigation indicates Sentayhu received text messages from a relative inside the school stating they were in lockdown and responded believing there may possibly be an act of violence occurring inside.

Sentayhu was charged with Destruction of Public Property and turned himself in to police on Friday evening. He was released on an unsecured bond.

The investigation into the incident is ongoing and additional charges may be sought at a later time. Anyone with information on this incident is asked to contact Arlington County Police at 703-228-4180 or ACPDTipline@arlingtonva.us. Information may also be reported anonymously through the Arlington County Crime Solvers hotline at 1-866-411-TIPS (8477).