International law firm Brown Rudnick announced Vasquez's promotion Tuesday after she became a star of the Depp v. Heard trial with her incisive cross-examination of the "Aquaman" actress.

Outside of the Fairfax County courthouse where the Johnny Depp trial was held, the big crowd may be gone but analysts say the jury's decision has the potential to resonate for quite some time.

"I am delighted that Brown Rudnick has given me its full vote of confidence by having me join the partnership," Vasquez said in a statement. "I’m proud of the uniquely talented team I’ve had the privilege to lead, which exemplified teamwork and collaboration, and I look forward to continuing to represent Brown Rudnick’s culture of excellence." 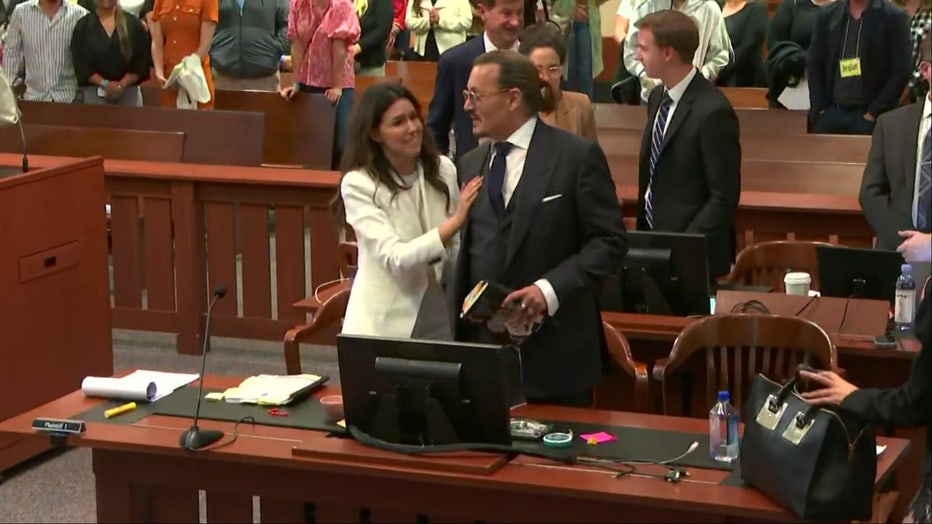 Depp supporters clamored online for her promotion after she became an internet sensation. Vasquez, 37, expertly grilled Heard on the stand, pressing her on numerous inconsistencies in her testimony in exchanges that were often testy.

Rumors also swirled that Vasquez was secretly dating Depp after the pair hugged in the Fairfax County Courthouse – but those proved to be false. The attorney is dating WeWork executive Edward Owen.

Johnny Depp's lawyers spoke outside of a Fairfax County courtroom after a jury awarded Depp $15 million in his defamation lawsuit against his ex-wife Amber Heard. The lawyers said they were happy with the verdict, and thanked the jurors and judge who took part in the trial. They also thanked Depp's fans for their support during the trial.

The 38-year-old Brit met Vasquez in November at London gastropub The Cow, according to the DailyMail. Her nascent relationship with Owen, who lives in England, is long distance.

The pair were spotted leaving the Ritz-Carlton Thursday in McLean, Virginia – one day after a jury awarded Depp $10.35 million in his defamation case against his ex-wife. 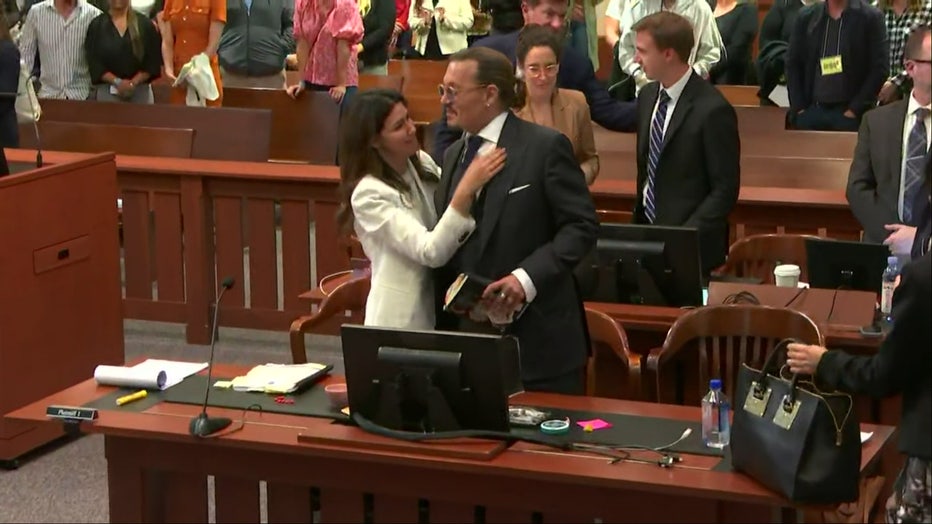 The seven-member panel, which sat through a bombshell, two-month trial, also awarded Heard $2 million in her counterclaim against Depp.

Vasquez, who specializes in litigation and arbitration, is based at the firm's Orange County, California, office.

ELON MUSK WEIGHS IN ON DEPP-HEARD TRIAL: 'I HOPE THEY BOTH MOVE ON'

She was part of a large team of attorneys on the case but played a lead role alongside veteran litigator Ben Chew. Vasquez, a graduate of Southwestern Law School, joined Brown Rudnick as an associate in 2018, according to the firm's website.

The jury in the Johnny Depp - Amber Heard trial reads the verdict in Heard's defamation lawsuit against Depp. The jury ruled that Depp defamed Heard awarding her $2 million in damages.

The firm's CEO, William Baldiga, said that new partners are usually announced at the end of the fiscal year, but they departed from this tradition in light of last week's victory.

"Camille’s performance during the Johnny Depp trial proved to the world that she was ready to take this next step now," Baldiga said in a statement. "We are incredibly proud of her and look forward to what she will accomplish as our newest partner."