Ciara, Lizzo and Elliott's manager Mona Scott-Young joined her in speaking at the ceremony. Elliott's star will be placed outside the new location of Amoeba Music on Hollywood Boulevard. Other stars for other music personalities will also be placed outside the store, Ana Martinez, the Walk of Fame's producer told City News Service. 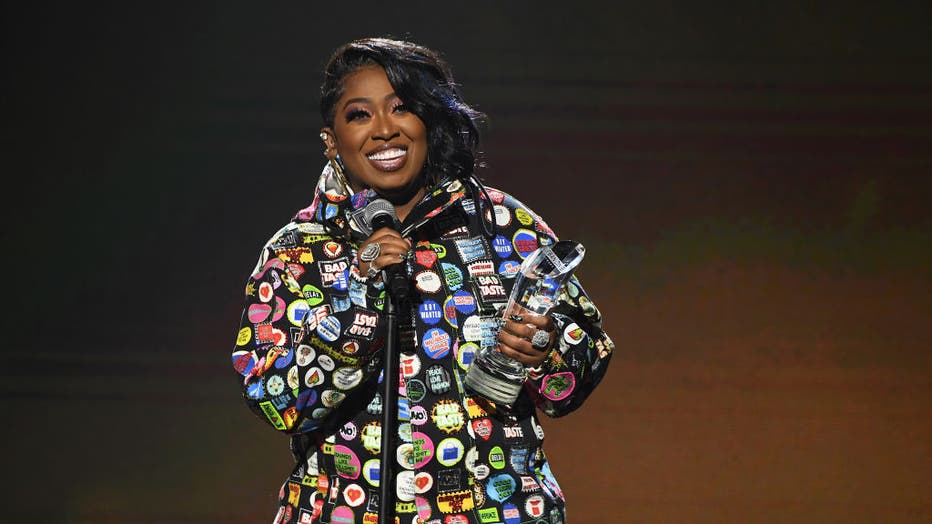 "After the pandemic is resolved we hopefully will go back to normalcy for our ceremonies with fan pits," Martinez said.

Born Melissa Arnette Elliott on July 1, 1971, in Portsmouth, Virginia, Elliott began her career in 1991 when she formed the all-female R&B group Fayze, with her neighborhood friend Timothy Mosley, who would later be known as the rapper and singer Timbaland, serving as the group's producer.

Elliott and Timbaland created an innovative, idiosyncratic sound, heard on a score of hits for the late R&B, pop and hip-hop artist Aaliyah, including "One In A Million," "If Only Your Girl Knew" and "Hot Like Fire," along with such chart-topping favorites as R&B vocal trio SWV's "Can We," the girl group 702's "Where My Girls At?" Destiny's Child's "Confessions" and Whitney Houston's "In My Business."

Elliott received the 2021 BET Hip Hop Award for video director of the year for the music video for "Twerkulator" by the City Girls.