Police released a photo of a suspect they are hoping to speak with in connection with a series of assaults and exposures that have happened along the Washington and Old Dominion Trail trail in Fairfax County. FOX 5's Sierra Fox reports.

RESTON, Va. - Authorities are investigating an attempted abduction in Reston close to a trail where they say a naked man grabbed a woman last week and in the area where other indecent exposure incidents have been reported since the beginning of the month.

Tuesday night’s attack happened around 8:10 p.m. in the 1800 block of Old Reston Avenue. Police say the teen girl was walking on the sidewalk when a man grabbed her. The girl was able to break free and run from the area. Officials describe the suspect as a Hispanic man, 5-feet-11-inches tall with an athletic build. He was wearing a dark hooded sweatshirt and black shorts.

Several similar incidents have been reported in the area along and near the Washington and Old Dominion Trail since the beginning of August.

Police in Fairfax County, Virginia provide updates on the search for a suspect after multiple indecent exposure and assault incidents happened recently along the WO&D trail.

Police say on the afternoon of August 26 an assault and indecent exposure was reported on the trail near Ferndale Avenue.

Around 8 a.m. that same day a man grabbed a woman around the waist from behind while she was walking east on the trail between Town Center Parkway and the Fairfax County Parkway near mile marker 18.5.

That woman broke free and saw the man run toward the 12100 block of Sunset Hills Road with no pants on. The suspect in that incident was described as white or Hispanic between 5-feet-5-inches and 5-feet-8-inches tall, approximately 30 to 40 years old with an athletic build. Officers say he wore a dark-colored head band and a yellow exercise vest.

Authorities are investigating an attempted abduction in Reston close to a trail where they say a naked man grabbed a woman last week and in the area where other indecent exposure incidents have been reported since the beginning of the month.

Detectives believe the same suspect exposed himself between 6 a.m. and 9 a.m. on August 3, 15, and 18 on the trail near the Fairfax County Parkway.

Police released this suspect photo in hopes the public can help identify the person: 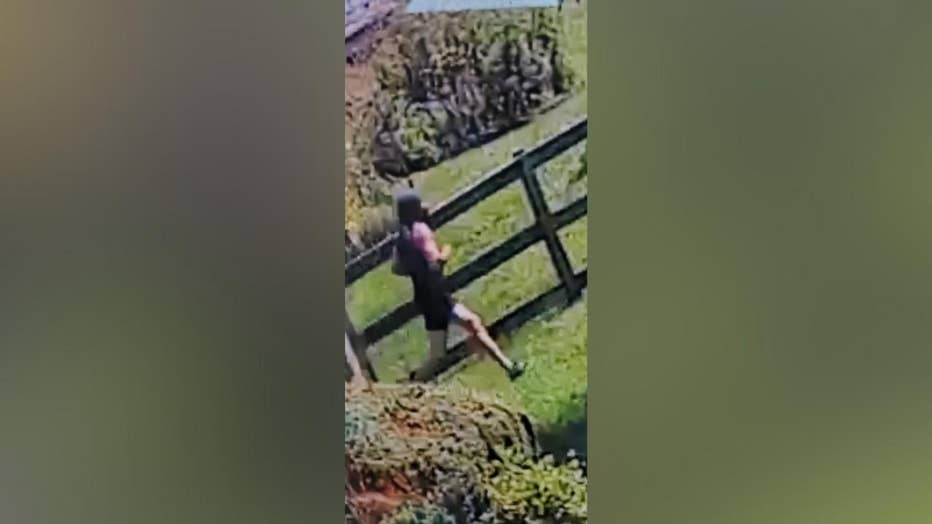 Police also released this sketch of the suspect: 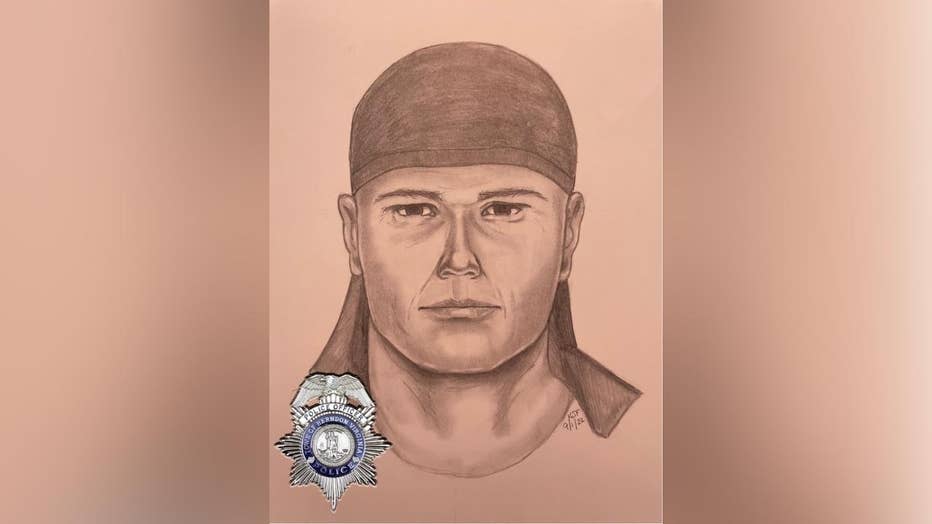 Anyone with information is asked to contact Fairfax County detectives at 703-246-7800, option 3. Police are also looking for any home surveillance video that may have captured any of the incidents.