AUSTIN, Texas - Former President George W. Bush said he was "disgusted" and "sick to my stomach" as he watched the deadly U.S. Capitol insurrection by supporters of former President Donald Trump in January.

Bush made the comments Feb. 24 in an interview with the Texas Tribune as part of the SXSW Online 2021 festival and to promote his new book. The interview streamed online Thursday.

"I can't remember what I was doing, but... I was sick to my stomach... to see our nation's Capitol being stormed by hostile forces," Bush told Texas Tribune CEO Evan Smith. "And it really disturbed me to the point where I did put out a statement, and I'm still disturbed when I think about it."

"It undermines rule of law and the ability to express yourself in peaceful ways in the public square," he added. "This was an expression that was not peaceful."

At least five people, including a Capitol Police officer, died as a result of the violence at the Capitol by the mob of Trump supporters, and two other officers died by suicide after. More than 300 people have been charged with federal crimes for taking part in the Jan. 6 attack, many of whom are accused of assaulting law enforcement officers.

Trump had repeatedly claimed without evidence that there was widespread fraud in the election and that it was "stolen" by Biden. But Trump’s claims were roundly rejected in the courts, including by judges appointed by Trump and election officials — both Republican and Democratic alike. Trump’s own former attorney general, Bill Barr, said there were no problems or fraud that would change the outcome.

In November, Bush issued a statement of congratulations after television networks had declared Biden as the winner of the election, even as the Republican incumbent refused to concede.

"I think the election, all elections have some kind of improprieties," Bush told the Texas Tribune. "I think... the results of this election, though, were confirmed when Joe Biden got inaugurated as president."

Bush was pressed over whether he thought the 2020 presidential election had been stolen, to which he simply answered, "No."

In the aftermath of the 2020 election, Bush said he thinks the ability to spread misinformation online is putting American democracy at risk.

"What's putting democracy at risk is the capacity to get on the internet to spread... all kinds of stuff," Bush said. "But checks and balances work. It's a, you know, a balanced system. The courts work. The legislative process needs a little work, particularly on immigration reform... No, I thought the system worked fine." 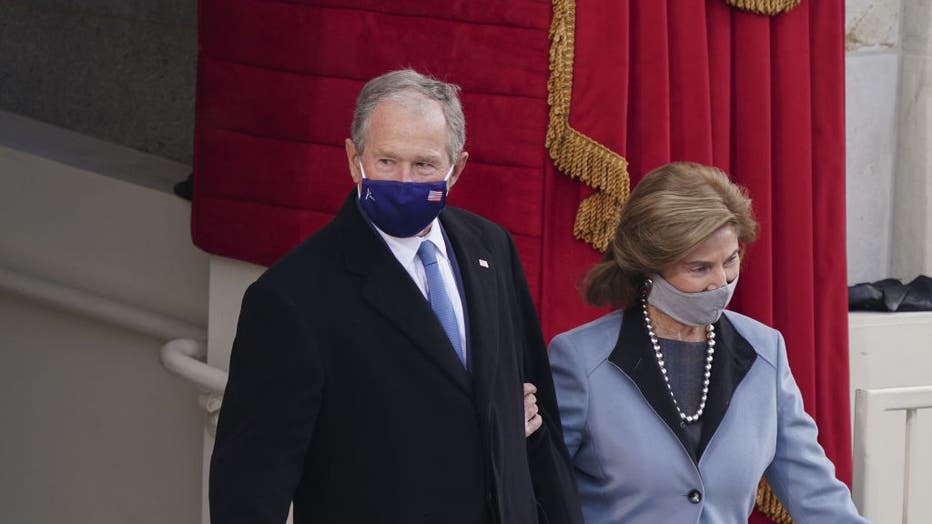 He added that higher voter turnout in the 2018 and 2020 elections "shows the vibrancy of democracy."

"That's a telltale sign that people want to get engaged in the system and that they were willing to go vote," the former president said, adding that he believes the level of political dissent will diminish over time.

"Look, politics has always been rough... And right now we're at a period of time, though, when there's a lot of anger in the system, which then causes people to worry about the future of our democracy," he said. "I think it's going to eventually work its way out of the system."

Bush continued: "History and the United States has shown these populist movements begin to fritter over time, and so I'm optimistic about democracy."