I-270 expansion in Maryland in limbo

With a new governor in Maryland's statehouse, there are concerns plans to expand I-270 to ease congestion could be heading back to the drawing board. FOX 5's Tom Fitzgerald reports from the busy highway with the latest details.

NORTH POTOMAC, Md. - With a new governor in Maryland's statehouse, there are concerns plans to expand I-270 to ease congestion could be heading back to the drawing board.

It's Governor Moore's call now if the I-270 project ever moves forward.

In November, the Maryland Department of Transportation decided not to seek final approval of former Governor Larry Hogan's plan to build toll lanes here — placing the decision in the new governor's hands.

"Over the last four years, there weren’t many conversations with the former governor and his team," Council President Glass told FOX 5. "It was quite literally ‘his way or the highway’ but now we have Governor Moore and Lt. Governor Aruna Miller who’s a transportation planner before she got into elective politics." 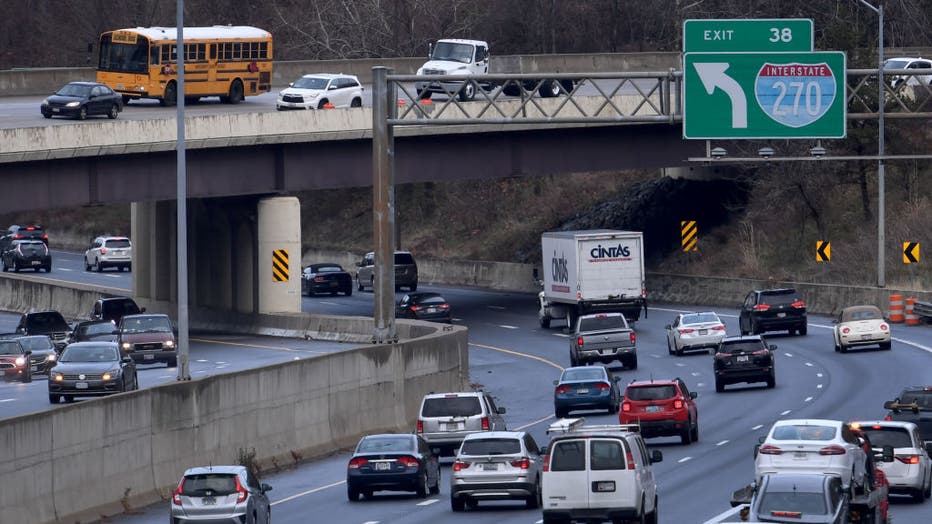 BETHESDA, MD -DECEMBER 2: Traffic backups are not unusual where the Capital Beltway meets the I-270 spur in either direction any time of day December 02, 2019 in Bethesda, MD. Plans are in the works to add more lanes. (Photo by Katherine Frey/The Was

"He did state several times, unequivocally that he was going to solve this problem," added Rick Weldon, president of Frederick Chamber of Commerce. "You know after 38 years of unfulfilled particularly for 270 commuters, to hear a governor running for office even a progressive governor from the Democrat party."

On Friday, Governor Moore unveiled his first budget, which includes $500 million extra for transportation projects that could mean road or transit projects to help alleviate traffic in Montgomery and Prince George's Counties.

Last Fall, when Moore was still a candidate, he told FOX 5 during the gubernatorial forum that he had "real issues" with the Hogan 270 toll lane plan.

"We had to think differently and deeply about how do you have mass transit options in the way that we are pulling this together," Governor Moore said at the time. "We have to think about equity and who’s building it, and also who can benefit from it, and we have to think about the environment."

As originally proposed, the price tag for the project could run close to $4 billion, which was one of the reasons the Hogan administration looked to partner with private industry to build additional lanes. But the status now appears up in the air, and it's unlikely a green light to alleviate 270's congestion is turning on anytime soon.