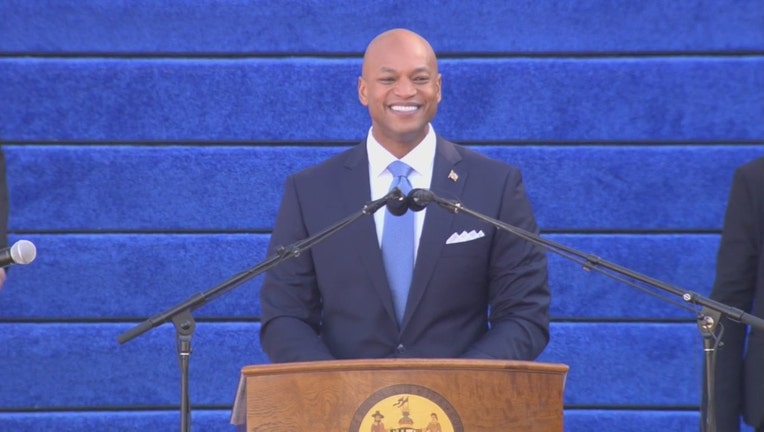 Maryland Gov. Wes Moore released his $63 billion budget plan for the state Friday, outlining education and transportation as priorities amid a large budget surplus while maintaining an ample Rainy Day Fund to be prepared for an economic downturn.

Moore, a Democrat, described his budget plan as being "bold without being reckless."

"It prepares us to weather the downside risk in the larger economy, but it also makes long-needed investments to position us for long-term growth," Moore said at a news conference.

While Maryland, like other states, has had a large budget surplus with the help of enormous federal pandemic aid, officials say they are preparing to do without that kind of help with a potential economic downturn on the horizon.

The budget, which will now be taken up by the General Assembly, maintains a Rainy Day Fund of about $2.5 billion, or 10% of the state’s general fund. In addition, it has a fund balance of $820 million on top of that.

"It serves as a strong hedge against revenue volatility and as dry powder for critical strategic investments particularly in the areas that the governor has begun to speak about," said Helene Grady, Moore’s budget chief.

Moore highlighted a $500 million allocation to the state’s sweeping education reform law known as the Blueprint for Maryland’s Future, which is being phased in with costs rising in later years. The blueprint focuses on expanding early childhood education, increasing teachers’ salaries, and providing aid to help struggling schools adequately prepare students for college and careers.

Moore also underscored a $500 million general fund investment in transportation the administration plans to leverage with additional federal matching fund support. The money will be set aside as a dedicated reserve to support priority projects across the state.

"We need to have a transportation system that allows people to get from where they live to where opportunity lies," Moore said.

The Moore administration also is aiming to fill about half of the state’s 6,500 vacant positions in executive branch agencies, Grady said. The budget plan also adds an additional 589 new state positions, including 143 contractual conversions.

Maryland Gov. Wes Moore announced Thursday on his first day in office that he is releasing $69 million in funding for several measures including expanding abortion training, addressing climate change, creating a recreational marijuana industry, and beginning to develop a paid family and medical leave program. He also talked about his plans to improve public safety and lower crime in Maryland. FOX 5's Tom Fitzgerald has a recap of the Governor's first day.

Democrats, who control the General Assembly, reacted positively to the governor’s plan.

Senate President Bill Ferguson, a Baltimore Democrat, described the budget as "very much in line with the large shared values that we have with the administration."

"Certainly, as we move forward, we’ll have more specific comments on specific line items, but I think overall it was very much a budget of shared values," Ferguson said.

Lawmakers will have new budget powers this legislative session, after voters approved a constitutional amendment in 2020. Previously, Maryland’s governor had unusually strong budget authority in the Maryland Constitution, because the legislature was only allowed to cut from the governor’s plan. Lawmakers now can increase, decrease or add items to the budget, as long as the changes don’t exceed the total proposed by the governor.

Republicans said tax cuts or greater savings should be undertaken with so much surplus.

"It is not enough to tout the lack of tax increases in a budget year if the level of spending will require tax hikes down the road," Del. Jason Buckel, an Allegany County Republican who is the House minority leader, and Del. Jesse Pippy, a Frederick County Republican who is the minority whip, said in a statement. "It is important to be principled and disciplined now, so we don’t burden our taxpayers later."

The governor, who has focused on addressing childhood poverty, also has budgeted $171 million to permanently extend the Earned Income Tax Credit and Child Tax Credit. Moore also has set aside $18 million for the new Department of Service and Civic Innovation to create a service year program for high school graduates.

Moore also is calling for an acceleration of raising the minimum wage to $15 an hour by October — and to index it to inflation for future increases.

"I hope he realizes that wages won’t matter when there are no employers to pay them. We must find a path that works for employees and employers," Buckel said.