At issue is a program called 287-G which Sheriff ChuckJenkins has entered into with the Federal Immigration and Customs Enforcement.  It allows local law enforcement agencies like the Frederick Sheriff’s Office to work with Immigration and Customs Enforcement. Jenkins says after someone is taken in on an arrested offense they are asked their citizenship status. If they are found to be illegal immigrants, Frederick officials launch an investigation and contact ICE if the individual is found to be in the United States illegally.

By working with ICE over the past 11 years, the sheriff says he’s removed 1,600 criminal illegal immigrants, 110 of whom were gang members. Now, Jenkins warns Democrats on the County Council want to end that cooperation.

Jenkins says he received an email looking to audit the program's finances from Democratic councilmembers who he says oppose working with ICE to enforce immigration laws through 287-G.

“They want to block it,” said Jenkins.“They want it gone. They effectively want me gone, but they want the program gone and they don’t have the authority to do it, it’s within my statutory authority to enter into these agreements. I’ve done so it’s a very effective program.”

Jenkins warns if his opponents want “sanctuary city” policies like those that he sees in neighboring Montgomery County. In sanctuary jurisdictions, local law enforcement officials are blocked from cooperating with Federal officials in enforcing federal immigration law.

“I’m concerned that if you look 15 miles away, 15 miles in either direction. Loudoun County, Montgomery County, further into P.G. I don’t want the effects of that criminal element the gang crime, transnational gang members that infiltrate communities. I don’t want them here and we’re not going to have them here," said Jenkins.

Frederick County Council President McKeegan-Ayer told FOX 5 Tuesday by phone in her view the audit is simply to find out how much the 287-G program costs.

She says she wants to have it finished by the end of the year.

Meanwhile, Jenkins says that’s not how he sees it, and is asking supporters to flood the council with emails and calls to keep the 287-G immigration enforcement program intact. 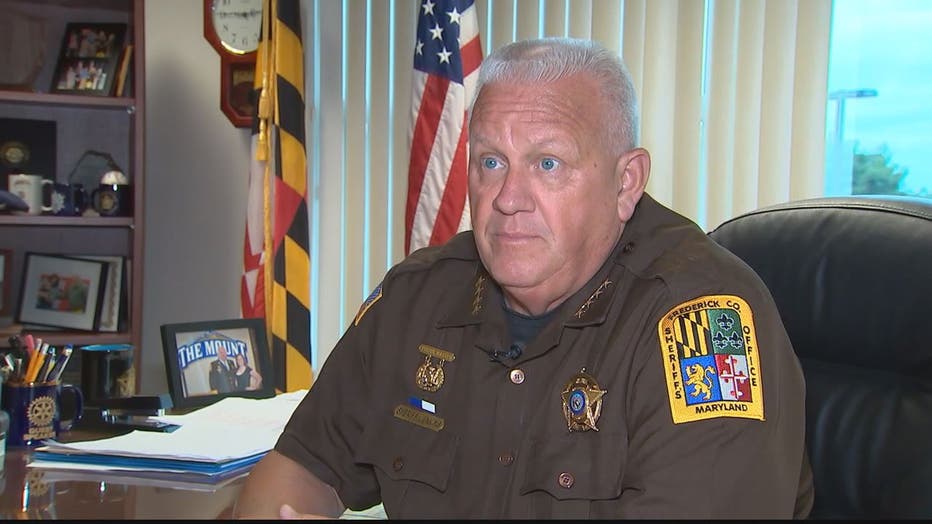