Pharmacists in the U.S. are finding extra doses of Pfizer-BioNtechs COVID-19 vaccine in the distributed vials, potentially expanding the country’s short supply.

The United States Food and Drug Administration has authorized the use of extra doses of Pfizer-BioNTech’s COVID-19 vaccine that were found in the first round of distributed vials.

One vial of Pfizer’s vaccine was originally meant to hold five doses, but pharmacists are discovering they are able to squeeze out an extra two doses of the vaccine, which could potentially expand the country’s short supply.

The FDA was made aware of the extra doses on Dec. 16 and announced in a tweet shortly after that "given the public health emergency," these extra doses were safe to use on the public.

"At this time, given the public health emergency, FDA is advising that it is acceptable to use every full dose obtainable (the sixth, or possibly even a seventh) from each vial, pending resolution of the issue," the FDA tweeted.

The FDA did highlight one critical note, stating that because the vials that hold the vaccine are preservative-free, and two different vials should not be mixed to create a full dose.

"It is critical to note that any further remaining product that does not constitute a full dose should not be pooled from multiple vials to create one," the FDA tweeted.

"It’s pretty unusual to have a full extra dose or more though — but it does seem to be there," Fox added.

Some pharmacists were left confused, however, since the vials were intended for only five doses, and some extra potentially usable doses of the vaccine went straight into the trash, Politico reported.

"In Utah, Fox said, pharmacists are advised to stick to the FDA emergency use guidelines, which dictate that there are five doses," according to Politico. 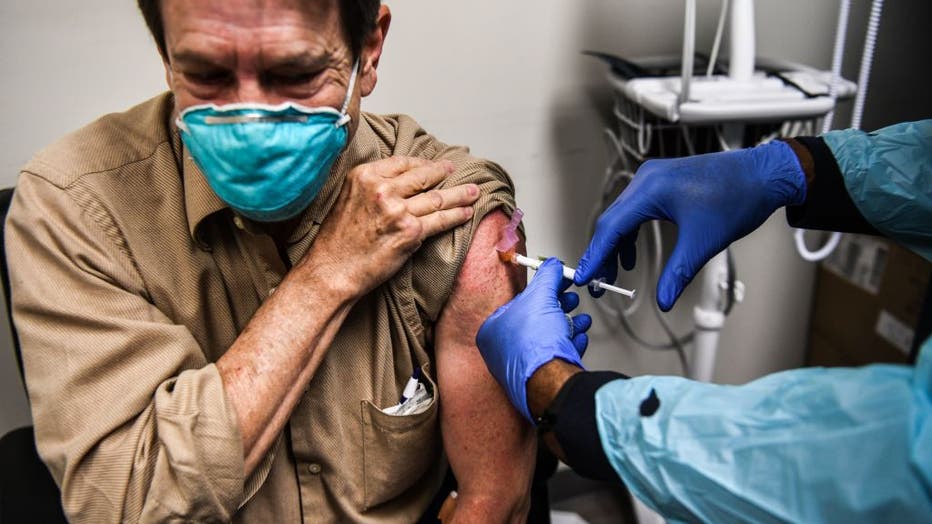 The extra doses come as welcome news as the outbreak descended deeper into its most lethal phase yet, with the nation regularly recording over 3,000 deaths per day.

Local governments and health leaders have expressed concern over a vaccine shortage after several states were contacted by the federal government, warning them that next week’s shipment of the Pfizer-BioNTech vaccine will be less than originally projected.

However, Pfizer dismissed any issues in production and distribution in a statement.

"Pfizer is not having any production issues with our COVID-19 vaccine, and no shipments containing the vaccine are on hold or delayed," according to the statement. "This week, we successfully shipped all 2.9 million doses that we were asked to ship by the U.S. Government to the locations specified by them."

"We have millions more doses sitting in our warehouse but, as of now, we have not received any shipment instructions for additional doses," Pfizer added.

While Pfizer agreed to provide over 6 million doses in the first week following federal regulatory approval, Operation Warp Speed only planned to roll out 2.9 million shots right away. Another 2.9 million were to be held at Pfizer’s warehouse to guarantee that individuals vaccinated the first week would be able to get their second shot later to make protection fully effective.

RELATED: Why the COVID-19 vaccine is so different from every other vaccine

Pfizer said it remains confident in its ability to deliver 50 million doses worldwide this year and up to 1.3 billion doses in 2021.

Additionally, the FDA is inching closer to approving mass use of Moderna Inc. and the National Institute of Health’s coronavirus vaccine which would give the U.S. a critical new weapon against the coronavirus.

The goal is to get 80% or so of the U.S. population vaccinated by mid-2021 to finally conquer the outbreak.

Moderna has about 5.9 million doses ready for shipment set to begin over the weekend. Injections of health workers and nursing home residents continue next week, before other essential workers and vulnerable groups are allowed to get in line.