The internet is all abuzz with concerns over the so-called murder hornet.

WASHINGTON (FOX 5 DC) - The internet is all abuzz with concerns over the so-called “murder hornet."

Despite reports, the formidable sounding Asian giant hornet will not likely be making its way to our area, but people are still worried and many think they are, in fact, spotting them in their own backyards.

RELATED: Asia's 'murder hornet' lands in US for first time 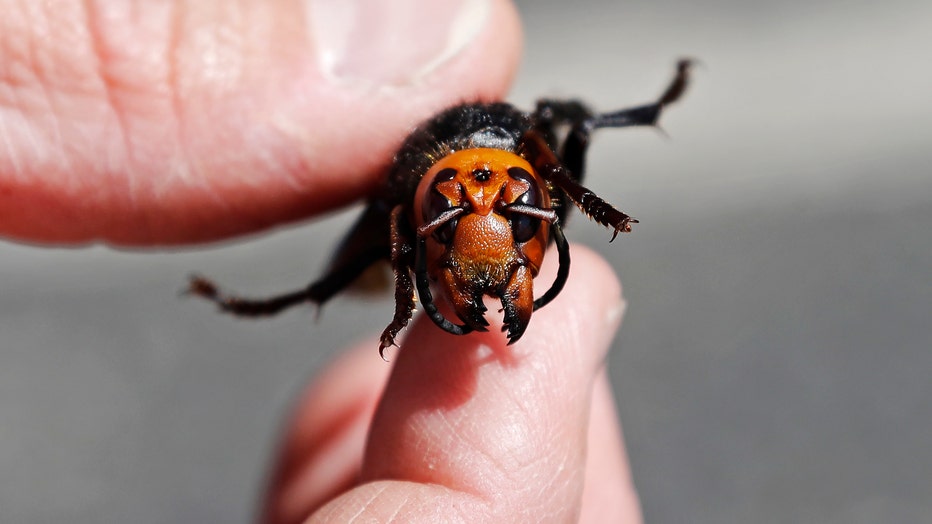 When you’re living in the middle of a pandemic and #MurderHornets starts trending, anything that’s seemingly unbelievable is all of a sudden totally believable! Especially when there is some science to back it up.

It is true that Asian giant hornets are potentially invasive wasps. Last December, a colony was found in Canada and destroyed and a dead specimen was found in Washington state. However, nothing has been found in 2020 — but people think they are still seeing them.

So FOX 5's Holly Morris went to an expert Thursday and started with this question: "On a scale of 1 to10, how much in our area should we be afraid of the 'murder hornet?'"

"To be honest with you, zero. There is virtually no chance at all that it’s in our area," said Dr. Floyd Schockley, collections manager for entomology at Smithsonian National Museum of Natural History.

There's still a high chance that people think they could be anyway, which is why we've received several photos from viewers concerned the Asian giant hornet has landed in the D.C. region.

Very large yellow and black wasp-like creatures have been seen in Gaithersburg, Charles County, and Germantown in Maryland.

Meanwhile, similarly-winged bugs armed with long stingers have also been spotted in Ashburn and Fredericksburg in Virginia. 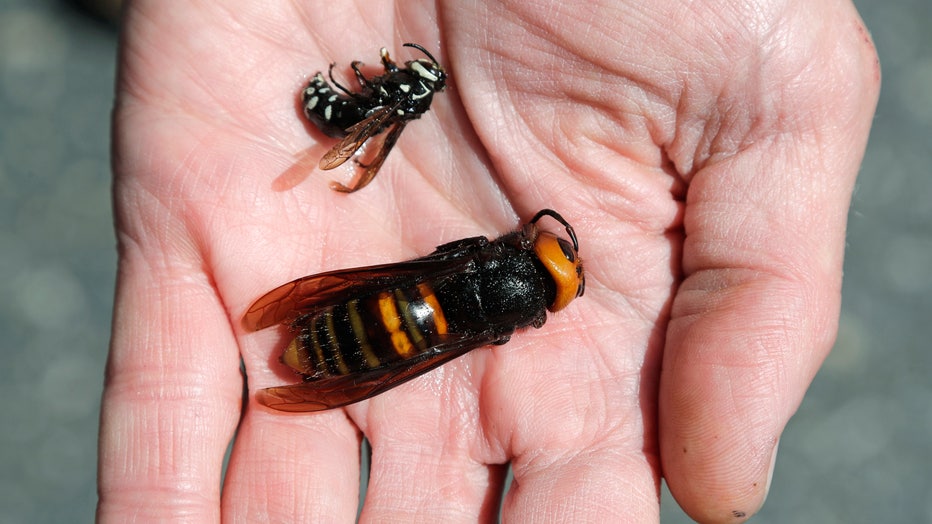 FOX 5's Holly Morris sent all of these photos to Dr. Shockley. He is familiar with Asian giant hornets and is 100 percent sure these are not them. Though to the untrained eye, they look a lot alike, the flying insects our viewers are seeing are the European hornet.

"It’s a related species. They've been here since the mid-19th century and are not a threat at all to beekeepers or people," said Dr. Shockley. "Don’t worry about Asian giant hornets. Enjoy insects in your backyard."

Dr. Schockley said European hornets are the species most commonly mistaken for Asian giant hornets and he was super appreciative of the people who took pictures. He says continue to submit pictures if concerned — Just don’t kill them!