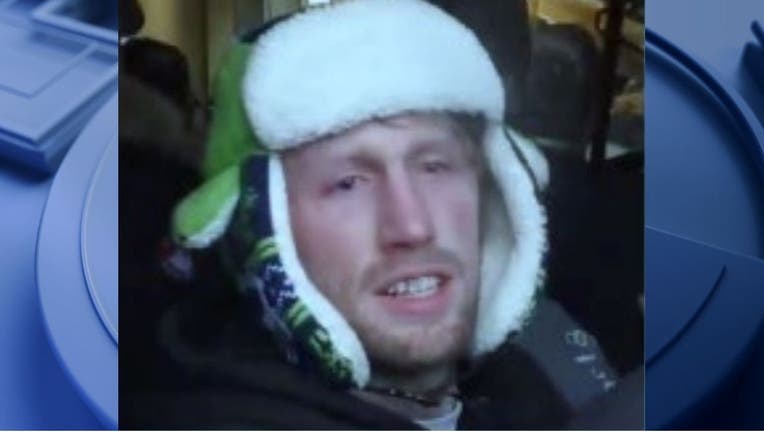 A man who joined a mob in one of the most violent attacks on police during the Jan. 6 riot at the U.S. Capitol was sentenced on Monday to nearly four years in prison.

Devlyn Thompson, 28, wrote an apology letter to the officer whom he assaulted during a melee in a tunnel where police battled with dozens of rioters for more than two hours. He also expressed remorse for his actions in a letter to U.S. District Judge Royce Lamberth, who sentenced him to three years and 10 months in prison followed by three years of supervised release.

Justice Department prosecutors recommended a four-year prison sentence for Thompson, a longtime resident of Puyallup, Washington who moved to Georgia approximately six months before the riot.

Editor's note: The above video is from a story earlier in 2021.

Defense attorney Elizabeth Kelley requested a one-year prison sentence for Thompson. He has autism spectrum disorder and "functions in many ways as a young child," Kelley wrote in a court filing. She said Thompson’s condition influenced his behavior on Jan. 6 and distorted his understanding of what happened that day.

"Autism is not and should not be an excuse for bad behavior, but rather, it should be considered when a person’s individual culpability and degree of social understanding is called into question," she wrote.

The judge also said autism isn’t an excuse for assaulting a police officer. He noted that Thompson had a job that paid him $90,000 a year before the riot.

Thompson has been jailed since he pleaded guilty in August to assaulting a police officer with a dangerous weapon, a metal baton. The charge carries a maximum of 20 years imprisonment, but sentencing guidelines for Thompson’s case recommended a prison sentence ranging from 46 to 57 months.

Prosecutors say one of the most violent confrontations on Jan. 6 was in the tunnel, where a mob and police fought for control of a Capitol entrance in an area known as the Lower West Terrace. Surveillance video captured Thompson with more than 190 other rioters in the tunnel. He struck a police officer’s hand with a baton that he found in the tunnel. Others assaulted police with poles, sticks and other makeshift weapons.

Metropolitan Police Officer Michael Fanone told a congressional committee in July that the fight in the tunnel was "nothing short of brutal." He was pulled into the mob, beaten and repeatedly shocked with a stun gun.

"I observed approximately 30 police officers standing shoulder to shoulder, maybe four or five abreast, using the weight of their bodies to hold back the onslaught of violent attackers. Many of these officers were injured, bleeding and fatigued, but they continued to hold the line," Fanone testified.

Before he assaulted the officer, Thompson helped the mob take riot shields from officers and brought them forward for other rioters to use against police, according to prosecutors. He also joined the mob in pushing together against the front line of officers and threw a large audio speaker that struck another rioter in the head, drawing blood, prosecutors said.

Thompson’s actions on Jan. 6 "show an absolute disregard for the rule of law coupled with a willingness to incite and engage in violence," prosecutors wrote in a court filing.

Thompson, who worked for a rental property management company, drove to Washington, D.C., from Atlanta. He didn’t enter the Capitol before he left.

In his apology letter to the officer, Thompson said he is still trying to understand his "inexcusable" behavior on Jan. 6.

"You deserve to be treated with respect and I didn’t show you any with my actions that day," Thompson wrote.

Thompson is the third rioter to be sentenced for assaulting police at the Capitol. The other two, Robert Palmer and Scott Fairlamb, were sentenced to prison terms of 63 months and 41 months, respectively.

More than 700 people have been charged with federal crimes related to the riot. Over 150 of them have pleaded guilty, mostly to misdemeanor offenses punishable by a maximum of six months imprisonment. Nearly 70 defendants have been sentenced.

Get breaking news alerts in the FREE FOX 13 Seattle app. Download for Apple iOS or Android.