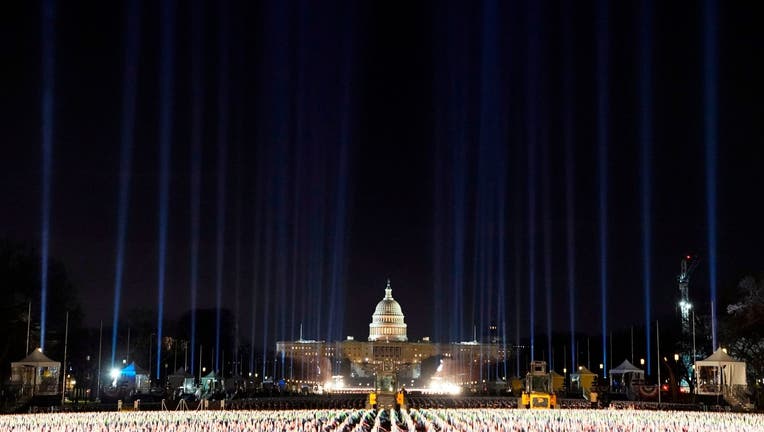 The "Field of Flags" is pictured on the National Mall. (Photo by TIMOTHY A. CLARY/AFP via Getty Images)

WASHINGTON - On the cusp of an "unprecedented" inauguration, the D.C.’s National Mall is arrayed with a stunning display.

On Monday, 200,000 flags were set up on the National Mall, representing Americans who can’t travel to the nation’s capital for Inauguration Day.

DC HSEMA Director Chris Rodriguez talks to FOX 5 about security precautions being put in place ahead of the inauguration.

Lights illuminated the display by night. 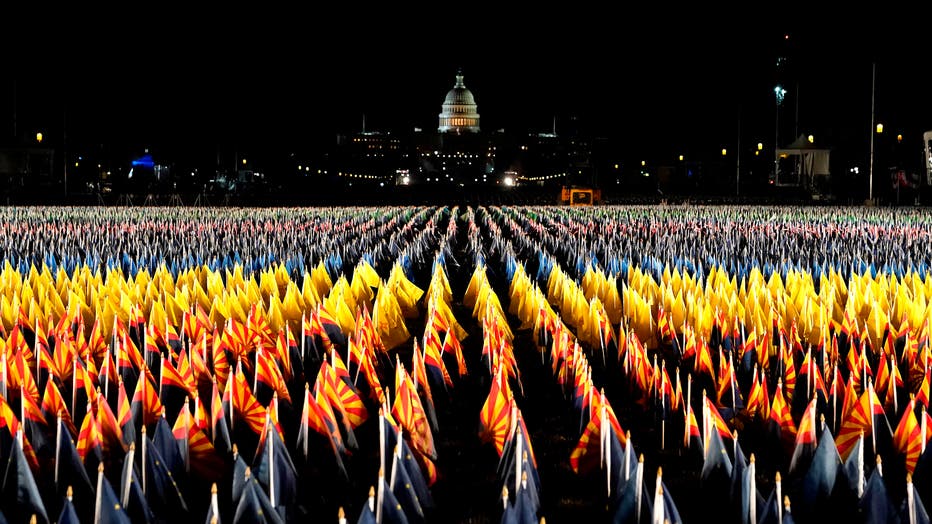 (Photo by TIMOTHY A. CLARY/AFP via Getty Images)

This year’s inauguration will be a scene unlike any before it.

Traditionally, the inauguration features throngs of supporters and well wishers – a boon for the District’s hospitality industry.

In the midst of the pandemic, however, people are being asked to stay home and celebrate the inauguration remotely. 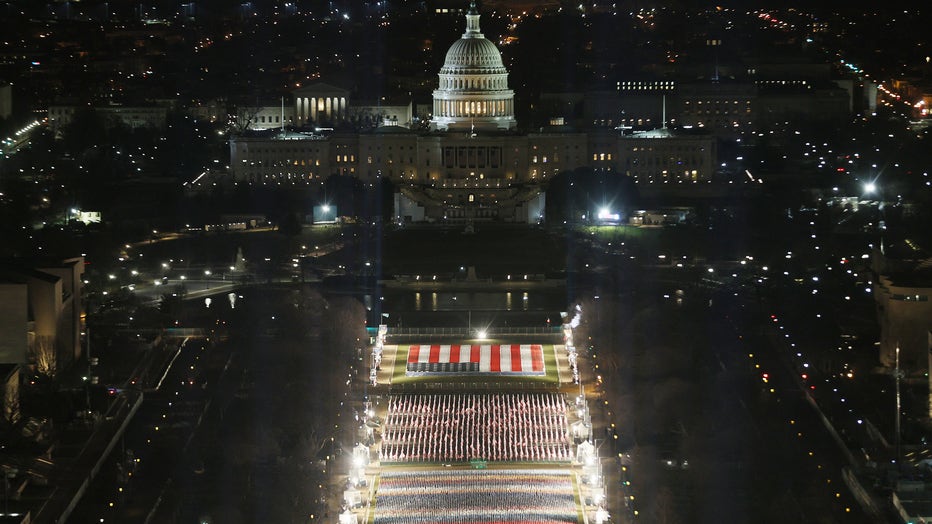 In addition, a Jan. 6 attack on the U.S. Capitol prompted an overwhelming security presence. 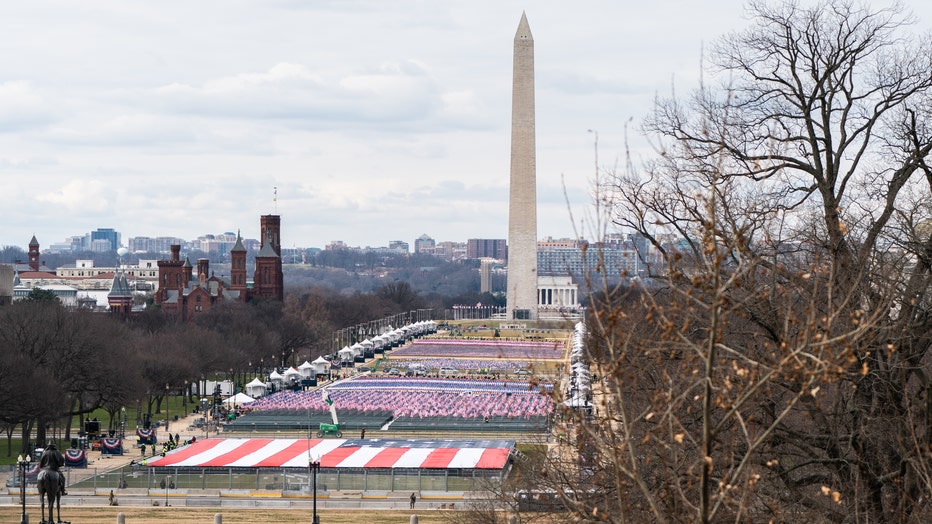