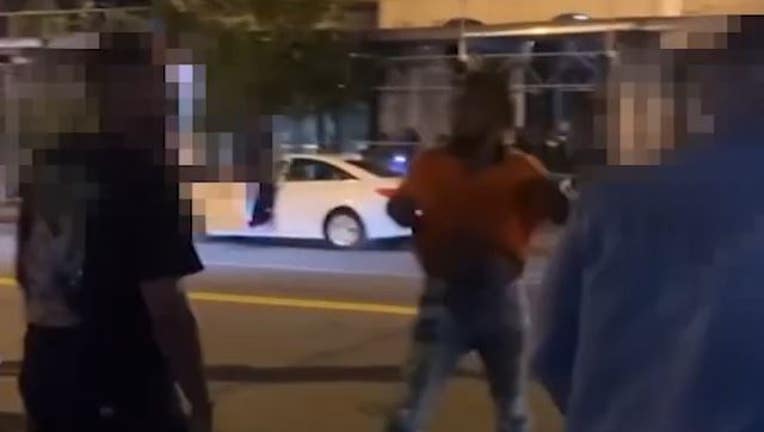 WASHINGTON - D.C. police are looking for a suspect after a brutal assault left a man severely injured following a birthday celebration on U Street, Northwest.

The suspect in the Saturday, July 10 attack is wanted for aggravated assault.

Police say the attack occurred around 3:54 a.m., when multiple suspects approached the victim in the 1200 block of U Street, Northwest.

The victim’s family told FOX 5 that the suspects had approached his female friends.

DC police have released video showing multiple suspects who they believe are linked to a brutal assault on U Street, Northwest.

After the victim "tried to defuse the situation," the family says, he was "sucker-punched" by the suspects.

According to the family, multiple people joined in the attack.

Police have released a surveillance image showing one of the suspects.
If you have any information that might help police in their investigation, call (202) 727-9099.