WASHINGTON - D.C. Mayor Muriel Bowser said she and her staff are monitoring reports of a weekend protest that could include members of the far-right group, the Proud Boys.

"I huddled with my team this morning about an additional report of a caravan that might be starting somewhere in the south culminating here," Bowser said at a press conference Tuesday. "We continue to follow those activities and be prepared for those activities. Our police chief will have a similar posture this weekend as he did last week. We will be there to support peaceful exercise of First Amendment demonstrations." 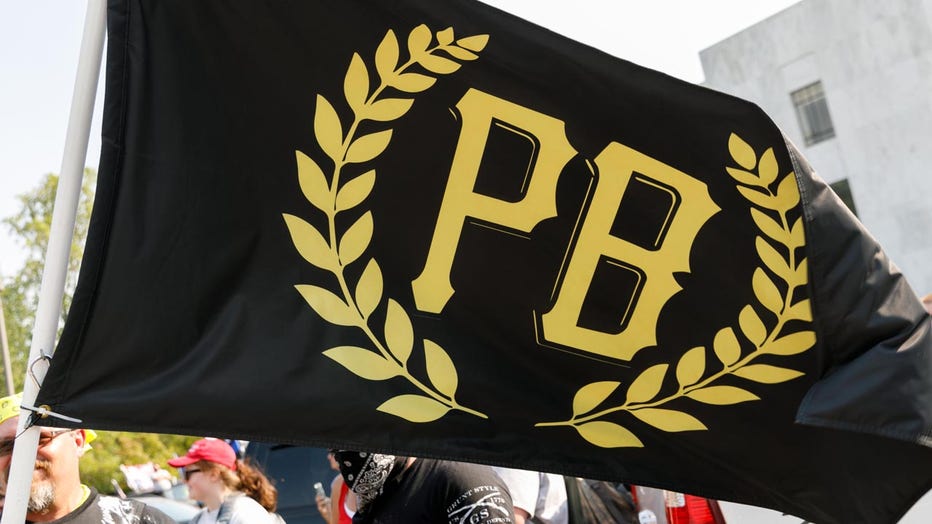 A flag of the Proud Boys, a far-right neo-fascist organization, at a rally at eh Oregon State Capitol in Salem, Oregon, United States on September 07, 2020. (Photo by John Rudoff/Anadolu Agency via Getty Images)

Mayor Bowser said reports of the weekend protest would not change her recommendations that businesses in the District remove materials used to board up storefronts following the election.

Bowser said the posture of the police if any of the groups openly carry weapons during any possible protest would be a "police matter." "The gun laws here are different than in other places. People who have a permit to carry a weapon can carry a weapon. We call it a concealed carry permit," she added.

RELATED: DC asks businesses to take down plywood used to board up