WASHINGTON (FOX 5 DC) - D.C. Mayor Muriel Bowser and the District Department of Transportation (DDOT) announced Wednesday that the District is investing $10 million to address pressing safety concerns at intersections and on roads across DC.

The Mayor also announced that in order to encourage more people to use public transportation and get more cars off the road, the DC Circulator will remain free in the Fiscal Year 2022. 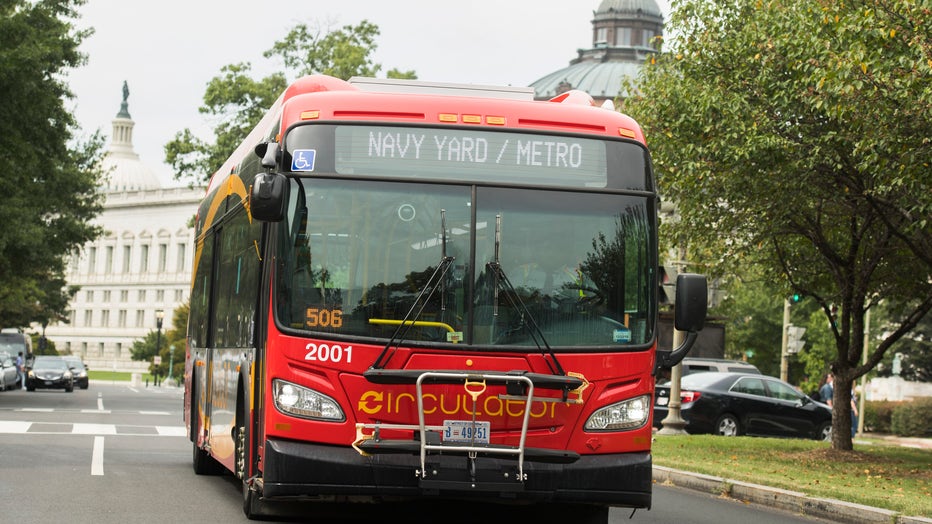 "We are very troubled by the significant increase in fatalities that we’ve experienced on our roadways in 2021, and we know that too many of the deaths on our roads are due to drivers recklessly speeding through our streets," said Mayor Bowser. "We need drivers to slow down – not just because they’re avoiding a ticket, but so they don’t kill people on our streets and sidewalks. The investments we’re making today are intended to slow drivers down and protect pedestrians, cyclists, and everyone moving around DC."

READ MORE: Neighbors sign letter pressuring DDOT to do more to cut down on pedestrian crashes

This summer, as part of a Vision Zero Summer Safety Campaign, DDOT will reallocate $5 million to rapidly deploy safety improvements for pedestrians and cyclists at dozens of locations across the District. As part of the Vision Zero Summer Safety Campaign, DDOT will install driver feedback signs alerting drivers when they are traveling too fast, rectangular rapid flashing beacons to enhance visibility for pedestrians crossing a street, and additional automated enforcement cameras.

The investment will also fund the installation of curb extensions, medians, and other enhancements to reduce aggressive speeding. These improvements further work that DDOT has already studied in some of the District’s most challenging corridors and intersections and created solutions based on the unique conditions experienced by individual neighborhoods.

Additionally, Mayor Bowser is investing more than $5 million in the fiscal year 2022 budget for upgrades to equipment and technology that support the District’s automated traffic enforcement program.

"We are committed to bolder, quicker action that furthers Mayor Bowser’s belief that our streets can and should be safe for everyone, whether they choose to walk, drive, bike or roll," said acting director Everett Lott.

Lott joined DDOT as deputy director in 2018 and was responsible for administrative, operations, project delivery, and information technology. He brings more than 25 years of experience in administration, including human resources, budget and finance, grants, labor and employee relations, and facilities management.