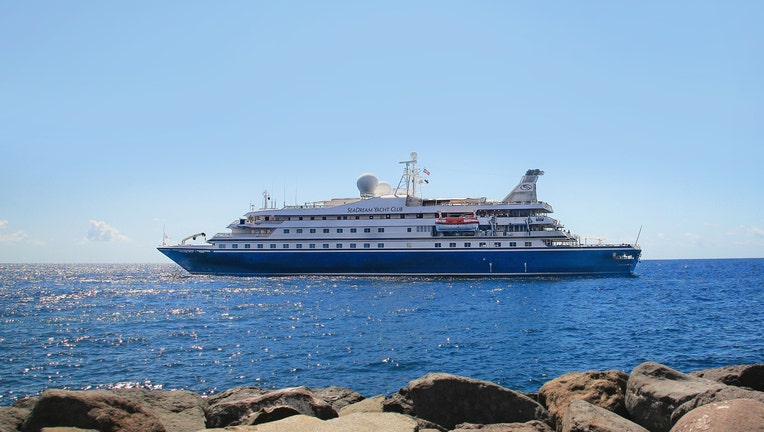 SAN JUAN, Puerto Rico (AP) - One of the first cruise ships to ply through Caribbean waters since the pandemic began ended its trip early after at least five passengers tested positive for COVID-19, officials said Thursday.

The SeaDream I is carrying 66 crew and more than 50 passengers, with the majority of passengers hailing from the U.S. according to Sue Bryant, who is aboard the ship and is a cruise editor for The Times and The Sunday Times in Britain.

She told The Associated Press that one passenger became sick on Wednesday and forced the ship to turn back to Barbados, where it had departed from on Saturday. However, the ship had yet to dock in Barbados as local authorities tested those on board. The captain announced that at least five passengers have tested positive, Bryant said.

The incident marked the first time SeaDream had resumed its West Indies voyages since the pandemic, with the ship originally scheduled to return to Barbados on Saturday, according to an online itinerary. The ship had made several stops in St. Vincent and the Grenadines before turning back.

The Norway-based SeaDream Yacht Club, the ship's parent company, wouldn't say how many passengers tested positive in the initial round of testing.

Bryant said passengers were required to have a negative PCR test to enter Barbados and underwent another test on the dock administered by the ship's doctor.

"We all felt very safe," she said, adding that the ship had been implementing strict hygiene protocols. "Yet somehow, COVID appears to have got on board."

SeaDream said the ship's medical staff has tested all crew members and that all tested negative. The company also said it is currently re-testing all guests, noting they're all under quarantine along with non-essential crew members.

"We are working closely with local health and government authorities to resolve this situation in the best possible way," SeaDream said. "Our main priority is the health and safety of our crew, guests, and the communities we visit."

Government officials in Barbados did not return messages for comment.

Waters around the Caribbean have been largely bereft of cruise ships this year, with the U.S. Centers for Disease Control and Prevention suspending cruise ship operations at U.S. ports in mid-March. The no-sail order expired on Oct. 31.

SeaDream was among the first cruise lines to resume service in Europe. In August, the company reported that an asymptomatic passenger had tested positive for the coronavirus after disembarking from SeaDream I in Denmark. All other passengers and crew tested negative, the company said.