CHARLOTTESVILLE, Va. - The city of Charlottesville, Virginia, will not honor the birthday of Thomas Jefferson this spring for the first time since World War II. 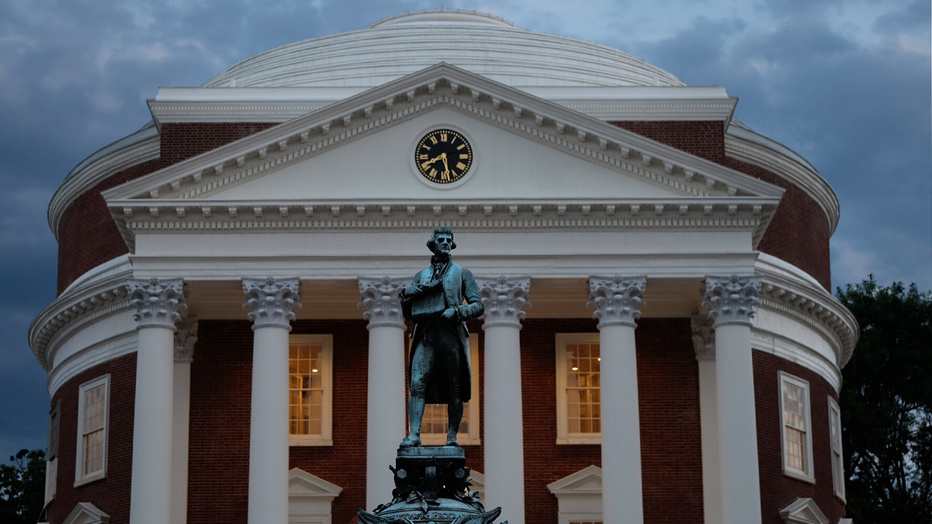 Charlottesville, VA - June 10: A statue of Thomas Jefferson stands in front of the Rotunda at the University of Virginia, Friday June 10, 2016. (Photo by Norm Shafer/ For The Washington Post via Getty Images).

The Washington Post reports that the city will instead celebrate the demise of slavery this coming Tuesday.

The holiday is known as Liberation and Freedom Day. It will commemorate when Union troops arrived in the city in March 1865 and freed enslaved people.

The change is the latest example of this southern city reckoning with its history. It began when the city tried to remove its Confederate monuments. That inspired white supremacists to stage the deadly 2017 Unite the Right rally.

The Confederate monuments that drew the neo-Nazis remain standing. A judge ruled last year that the statues should stay.