As crime concerns across the D.C. region continue to grow in the New Year, Montgomery County State's Attorney John McCarthy says the focus on youth, proper enforcement and strict sentences are essential to keeping offenses like carjackings and the use of ghost guns in check.

BETHESDA, Md. - As crime concerns across the D.C. region continue to grow in the New Year, Montgomery County State's Attorney John McCarthy says the focus on youth, proper enforcement and strict sentences are essential to keeping offenses like carjackings and the use of ghost guns in check.

"The vast majority of individuals doing the carjackings are young offenders," McCarthy said when he visited FOX 5 Friday. "Sometimes it's crime of opportunity. It doesn’t look like there’s a lot of planning that goes into a lot of these things."

McCarthy said he is very familiar with the armed carjacking case that happened in Bethesda early Thursday morning that involved a FOX 5 employee. In that case, police say the suspect displayed a handgun and forced open the victim's door – shouting at her to get out of the car.

Montgomery County Police are searching for a suspect involved in an armed carjacking in Bethesda on Wednesday night. MCPD responded to the area of Wisconsin Avenue and Elm Street for the report of an armed carjacking around 12:11 a.m. The victim is a FOX 5 employee.

The FOX 5 employee was not physically hurt and is safe now at home with their family. Along with her vehicle, the victim’s wallet and phone were stolen. There are no suspects in custody at this time and the investigation is active and ongoing.

"Some jurisdictions see the cars being taken to chop-shops," McCarthy said. Sometimes the carjackers just want access to the vehicle, he added. Montgomery County Police say 77 carjackings were reported in 2022.

McCarthy said ghost gun related crimes are issues that cross jurisdictional lines. "Unfortunately, we continue to see both regionally and in Montgomery County, a trend where the number of ghost guns being seized by the police on the streets in all of our jurisdictions has increased."

The highest number of ghost guns recovered was in the first half of 2022, he said. Significant sentences for ghost gun related crimes, a ghost gun ban in the County, and educational programs in schools are all important to keep those numbers under control.

Addressing carjackings in the DMV

Carjackings have been on the rise in the DMV for the past year or so, and on Thursday, the crime hit close to home when a FOX 5 employee was carjacked at gunpoint.

"Last year we seized six guns in Montgomery County Public Schools," McCarthy said. "This year we have not had a single gun seized. I know what the challenge is - It's not as great as some of the other jurisdictions - but we're moving in the right direction in some areas."

Looking ahead into the New Year, McCarthy said the County is working toward increasing transparency about how cases are handled. He hopes to post online dashboards to show statistically how cases are being addressed by the end of the year. 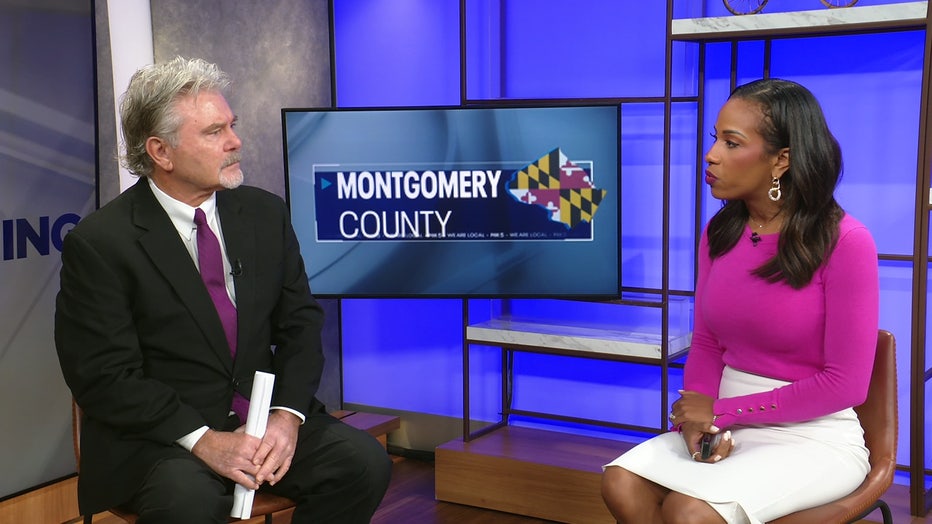