Police continue to search the Carlton Reserve for Gabby Petito's fiance Brian Laundrie. who has a warrant out for his arrest and remains missing. Meanwhile, Petito's parents picked up their daughter's remains and appear to have spread her ashes in a national park, based on a tweet from her father, Joseph Petito.

FONTANA DAM, N.C. - A man visiting a resort off the Appalachian Trail in North Carolina got his hotel door kicked in by U.S. Marshals and sheriff’s deputies after being mistaken for Brian Laundrie who is wanted by officials as a person of interest in connection to the murder of Gabby Petito, 22.

Sheriff Jerry Crisp with the Graham County Sheriff’s Office in North Carolina told FOX TV Stations that his department had received a few calls of people seeing someone who resembled Laundrie ever since he was reportedly seen near the Appalachian Trail.

Local news media reported several sightings of a person who looked just like Laundrie near the Appalachian Trail in late September, according to Crisp, but those sightings soon fizzled out.

"Then about a week, a week and a half ago, we started getting calls about a gentleman who looked like Laundrie walking off the trail with a female near Fontana Village and resort," Crisp said. 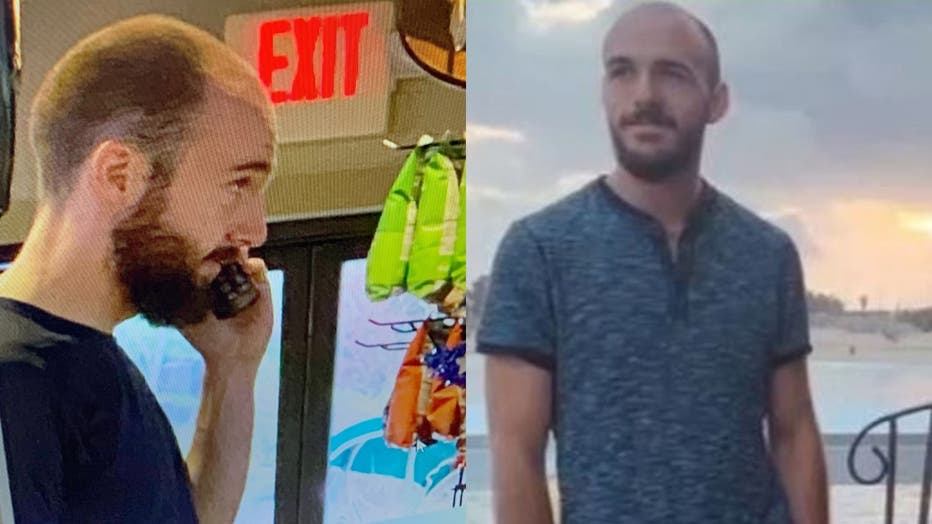 "We started getting calls from witnesses saying, ‘Hey we think this is the Laundrie guy coming off the Appalachian Trail in Fontana,’" Crisp recalled.

"Someone took a picture of him and sent it to the sheriff’s office and of course, it looked just like him so our investigators sent photos to the U.S. Marshals Fugitive Task Force in North Carolina and they started their investigation with their federal partners and they called back and said, ‘Yes, they think it’s him,’" Crisp continued.

Investigators went to work and tracked credit card information and transactions made by the female who was traveling with the Laundrie lookalike and found that her information was traced back to New York, which is where Petito is from.

Crisp said several red flags popped up that were so coincidental, it seemed they had found exactly who it seemed the whole country was looking for over the past few weeks.

Deputies and U.S. Marshals surrounded a hotel room at the Fontana Village Resort earlier this month and knocked on the door.

"They used a random name," Crisp said. The name given by the person inside the room was neither Brian Laundrie nor the name of the lookalike, which was confirmed to be Severin Beckwith.

"It wasn’t his name or the suspect’s name, but he responded to that name, and said, ‘Okay yeah, I’ll be out in a minute.’ Of course that raised more suspicions and red flags and there was a lot of shuffling but they never opened the door," Crisp said.

After waiting a few minutes without anyone answering the door, officers announced they were making entry into the room and kicked in the hotel door.

Inside was Beckwith, who looked very similar to Laundrie, according to Crisp, and Anna Brettmann who was from New York.

Deputies took a scan of Beckwith’s fingerprint and conclusively confirmed he was not the person of interest they were looking for.

As deputies and the U.S. Marshals Service proceeded to clear out of the room, Crisp said he and Beckwith partook in friendly banter and Crisp even advised Beckwith that he change his appearance.

"I said, ‘You might want to change your appearance for a while or this will continue to happen wherever you go,’" Crisp said.

Beckwith told the sheriff he had been stopped by police several times before this encounter after being mistaken for Laundrie in the past.

"But that was the end of that, we shook hands and we left," Crisp said.

The resort allegedly gave Beckwith and Brettmann a comped meal and room for the inconvenience, Crisp said.

"The USMS often supports investigations conducted by our federal, state, local, and tribal partners. In this instance, the Graham County Sheriff’s Office (GCSO) in North Carolina had received a tip that the fugitive Brian Laundrie had been sighted in their jurisdiction. GCSO asked the USMS task force to support them in making contact with the subject. The USMS was not the lead investigative agency in this matter and was acting in support of the GCSO," the U.S. Marshals Service told FOX TV Stations.

Meanwhile, Launrdie remains missing, despite several weeks of searching. One week ago, Laundrie's dad, Chris, spent three hours with investigators at the Myakkahatchee Creek Environmental Park, where the family thinks Brian was heading before he disappeared.

Petito was on a cross-country road trip with Laundrie, 23, just before her death; the pair were traveling in a Ford Transit van that they had converted into a camper.

The Laundries reported their son missing six days later on Sept. 17, though their attorney later said the last time they spoke with him was Sept. 13. The FBI discovered Petito's remains at a dispersed camping area within the Bridger-Teton National Forest in Moose, Wyoming, on Sept. 19.

Teton County Coroner Brent Blue announced Petito's cause of death as strangulation and said she likely died three to four weeks before her remains were discovered.

On Sept. 23, the FBI issued an arrest warrant for Laundrie, accusing him of bank card fraud. Authorities alleged at the time that he used an unidentified person’s Capital One card and the personal identification number to charge or withdraw over $1,000 between Aug. 30 and Sept. 1, a period when Petito was missing.

Petito's family created The Gabby Petito Foundation in memory of their daughter to help parents of missing children and victims of domestic violence. The organization held its first fundraiser on Oct. 17 and raised more than $13,700.

FOX News and FOX 13 Tampa contributed to this report.