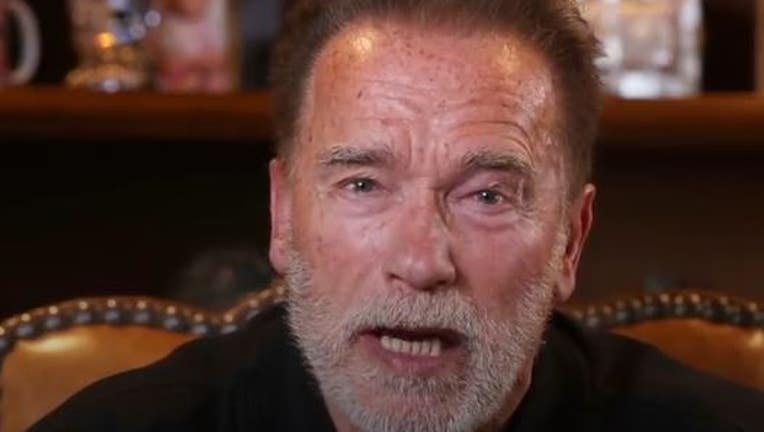 OAKLAND, Calif. - Arnold Schwarzenegger, California's former governor, posted a heartfelt message directed to the people of Russia on Thursday. In the recorded video message, he called out propaganda and disinformation used by the Kremlin in advancing their agenda as they continue to invade and destroy Ukraine.

The actor-turned politician posted the message in conjunction with the website attn.com on social media.

The video contains striking images that have become all-too familiar since Russian President Vladimir Putin directed his military to invade its neighboring country last month. Flattened buildings and depictions of the destruction of war, play as Schwarzenegger's voice warns against the lies being told.

"This is not the Russian people's war," Schwarzenegger says. He mentions refugees fleeing, mostly women, children and the elderly, and how this has caused a devastating humanitarian crisis.

"Because of its brutality, Russia is now isolated from the society of nations," he says.

Schwarzenegger opens his message with a personal anecdote about his childhood hero, Yuri Petrovich Vlasov, who was a Russian bodybuilder. Schwarzenegger's father, who fought alongside the Nazis in World War II, did not like Russians. He was injured while battling in the war in Leningrad. Therefore, he did not approve of young Arnold's hero. He wanted him to have a German or Austrian hero.

Later he'd juxtapose that story of his childhood hero with the propaganda and lies being used in the current conflict.

Schwarzenegger highlighted the fierce resistance of the Ukrainian people as they fight to protect their own country. Because of this, thousands of Russian soldiers have been killed, military equipment has been destroyed and abandoned.

We certainly don't need Schwarzenegger to point out what has been already been well-documented since the invasion began, but he does lend a powerful voice. He talks about babies being pulled from the rubble of buildings as there continue to be reports of attacks on civilians.

"I think that I'm watching a documentary about the horrors of the second World War, not the news of the day."

He notes the consequences on Russia itself from this war go beyond these casualties, but also how the economic sanctions are devastating everyday Russian people and not just oligarchs.

He brings it back to his father and how history repeats itself. The lies his father was told by the government were the reason he fought in the war. When he came back from Leningrad, he was broken physically and mentally. His father lived the rest of his life in physical pain, but also pain from the guilt of fighting with the Nazis.

In the end, Schwarzenegger calls this an illegal war and further calls on Putin to stop it. He gives a nod to the Russians who have taken to the streets to protest the invasion and commends them for their bravery and considers them his new heroes.

You can watch the video here: