The holiday season is upon us, and some festive flakes are in the cards. Parts of our area could see their first dusting of snow so far this season, but the risk of measurable snow has declined since initial forecasts.

The holiday season is upon us, and some festive flakes are in the cards. Parts of our area could see their first dusting of snow so far this season, but the risk of measurable snow has declined since initial forecasts. 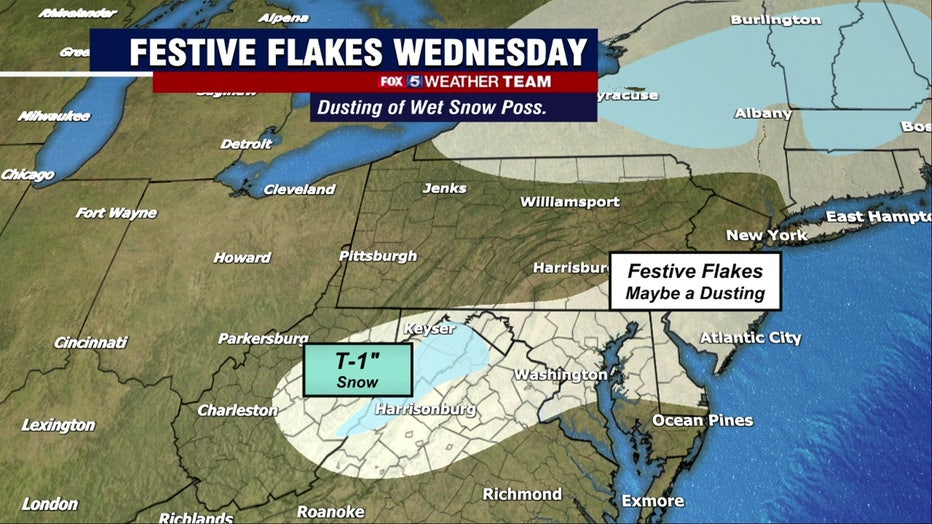 A clipper system over the Upper Midwest and Columbia River Basin will shift east, transferring its energy to a nascent low offshore. Wraparound moisture falling in the cooler air on the system's back side will bring a very light snowfall to the region. 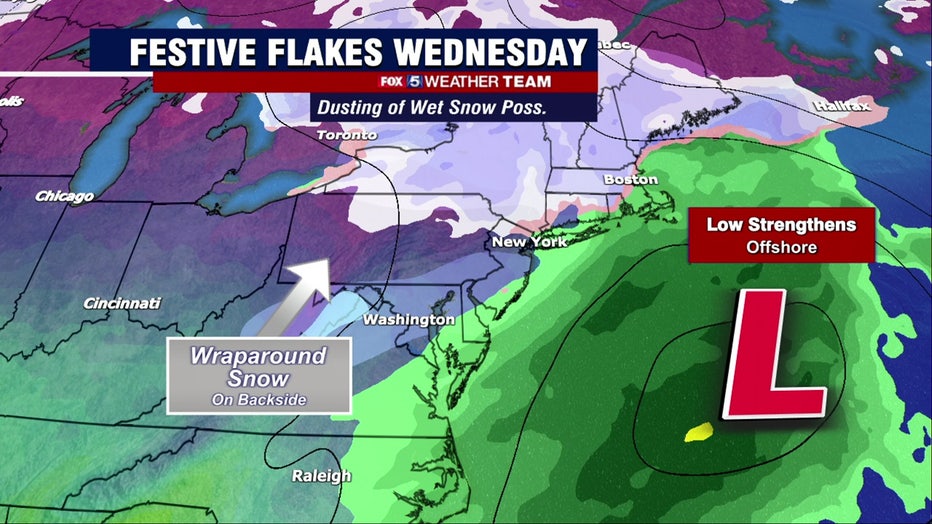 While snow is likely, there are a number of limiting factors that keep the ceiling of potential accumulations quite low. Among them:

- Dry air at the mid-levels. The air will be drying several thousand feet above the ground west of the offshore low, cutting back on the propensity for bands of snow to form.

- The system has trended a bit farther south and east, meaning we'll be more fringed by it.

- The offshore low will be a bit weaker than initially simulated, meaning it won't be carrying as much moisture or drawing in as much cool air from the northwest.

- Convection, or shower/thunderstorm activity blossoming over the Gulf Stream well to our east, will usurp some of the moisture that otherwise would have contributed to precipitation totals locally. That means less snow for us. 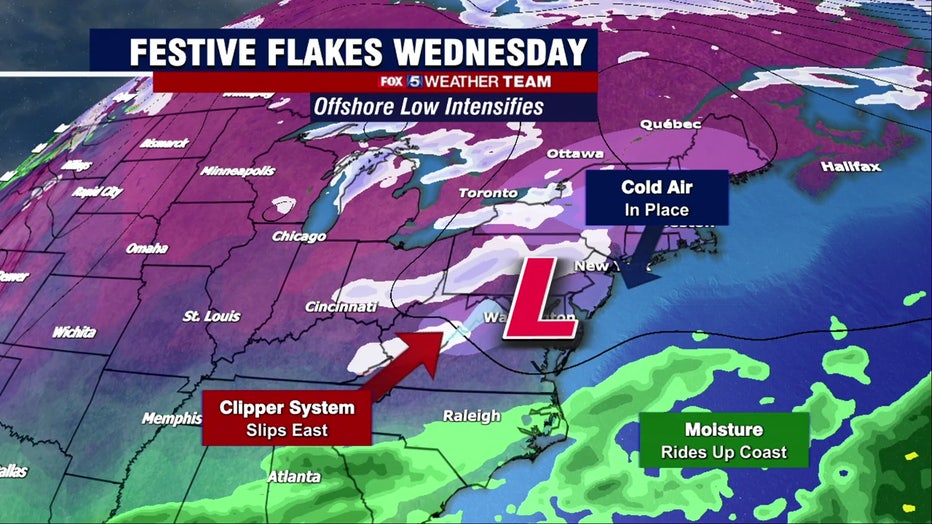 All told, a dusting of snow is likely in most spots. The snow may mix with rain at times during the morning hours. Any accumulations should be relegated only to grassy surfaces, but will likely be gone by early afternoon. Roadways will be too warm to support any snow accumulations. 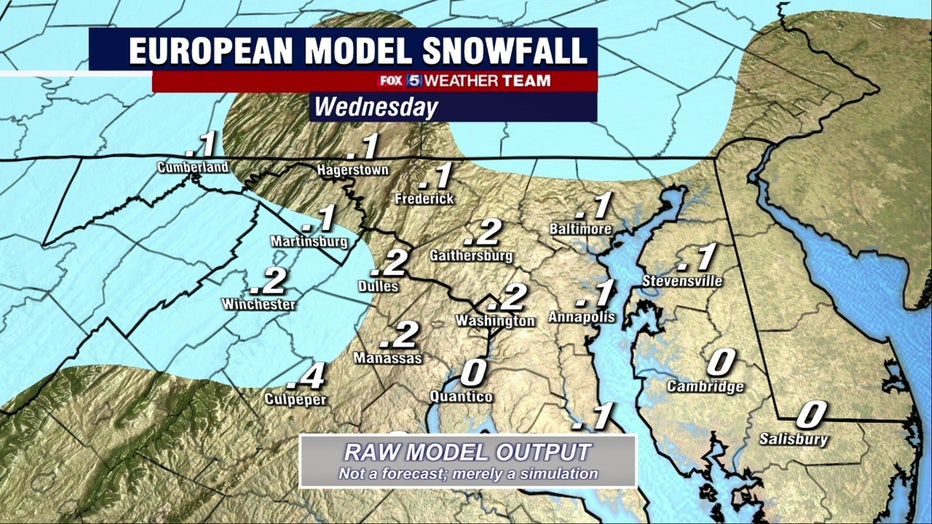 Skies will clear by Wednesday evening as dry air works in from the north and west. Thursday will stay on the cool side before a warmup on Friday. Saturday could see temperatures in the lower 70s preceding a cold front that will bring the chance of gusty winds and thunderstorms. 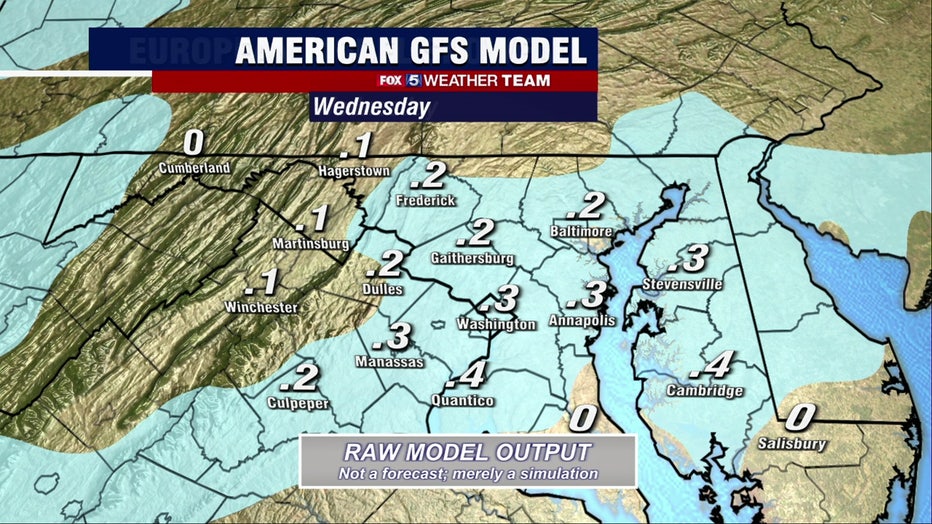