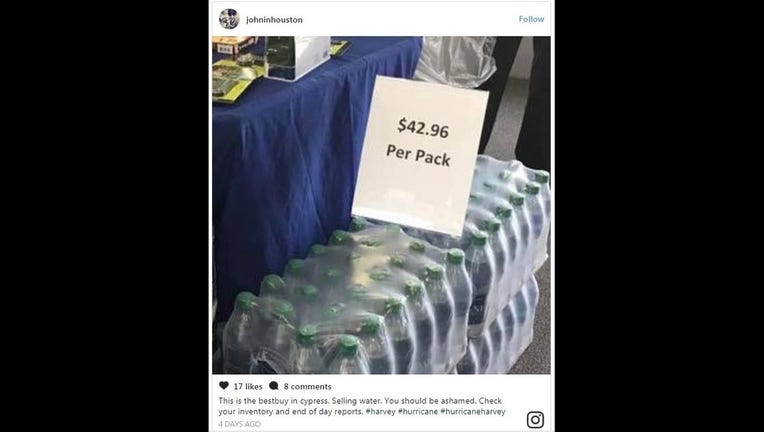 HOUSTON (AP) -- Best Buy says it is "deeply sorry" following accusations of price gouging after a photo posted online showed cases of water for sale at one of the electronic retailer's Houston-area stores for more than $42.

The photo, which was widely shared on Twitter, appeared to have been taken by a Houston resident.

Best Buy says the sale was "clearly a mistake on the part of a few employees at a single store." The company explained in a statement that it doesn't have pricing for cases of water in its system and employees priced the water "by multiplying the cost of one bottle by the number of bottles in a case."

The company says it's "deeply sorry that we gave anyone even the momentary impression that we were trying to take advantage of the situation."