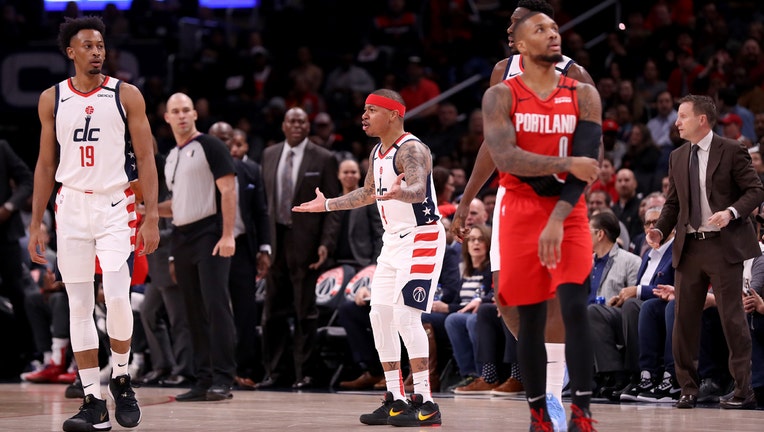 Isaiah Thomas #4 of the Washington Wizards reacts after being ejected during the first quarter against the Portland Trail Blazers at Capital One Arena on January 03, 2020 in Washington, DC.

Less than two minutes into the NBA game, Thomas became tangled with Portland’s Carmelo Anthony – then made contact with referee Marat Kogut while trying to break free.

As a result, Thomas received a technical foul and was ejected.

“I mean I had a different view of it obviously," Brooks told The Associated Press. "They were in a scrum and they were fighting for the ball, a jump ball. I had a view that it looked like he lost his balance but (Kogut) had a better view and then they looked at it. They looked at it so you would hope they made the right call.”

Just last month, Thomas received a two-game suspension after walking into the stands in Philadelphia to confront two fans who were heckling him.

On Friday night, without Thomas and star Bradley Beal, the Wizards lost to Portland, 122-103.