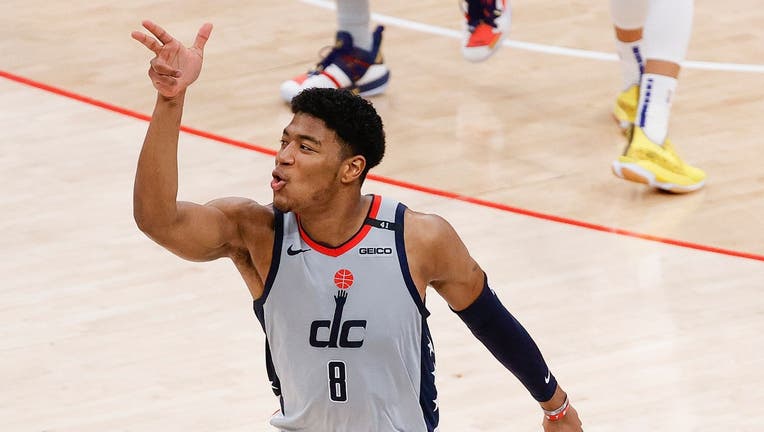 Rui Hachimura #8 of the Washington Wizards celebrates during the third quarter against the Philadelphia 76ers during Game Four of the Eastern Conference first round series at Capital One Arena on May 31, 2021 in Washington, DC. (Photo by Tim Nwachukw

TOKYO - Washington Wizards forward Rui Hachimura has been named to Team Japan for the Olympics.

Hachimura has also been selected as a flag bearer, and will carry the Japanese flag at the games beginning July 23, according to the Associated Press.

The 23-year-old Gonzaga University product was the Wizards' 9th overall pick in the 2019 NBA draft – and the first Japanese-born player taken in the first round in league history.

"I'd love this to be an opportunity for kids and everyone else in Japan to watch me and my teammates playing at the Olympics, and take even more of an interest in basketball and sport as a whole," he said in a statement.

Now, he will go on to play in the pandemic-postponed Olympic games. Organizers of the games have limited the capacity of the games to 10,000 domestic fans, however, the events will still be broadcast on television.