The&nbsp;Washington Football Team&nbsp;will allow fans in the stadium for the first time this season at an early November game against the New York Giants.

WASHINGTON (FOX 5 DC) - The Washington Football Team will allow fans in the stadium for the first time this season at an early November game against the New York Giants.

The team received approval from the state of Maryland to open FedExField where they will host a limited number of Season Ticket Members on Sunday, November 8. 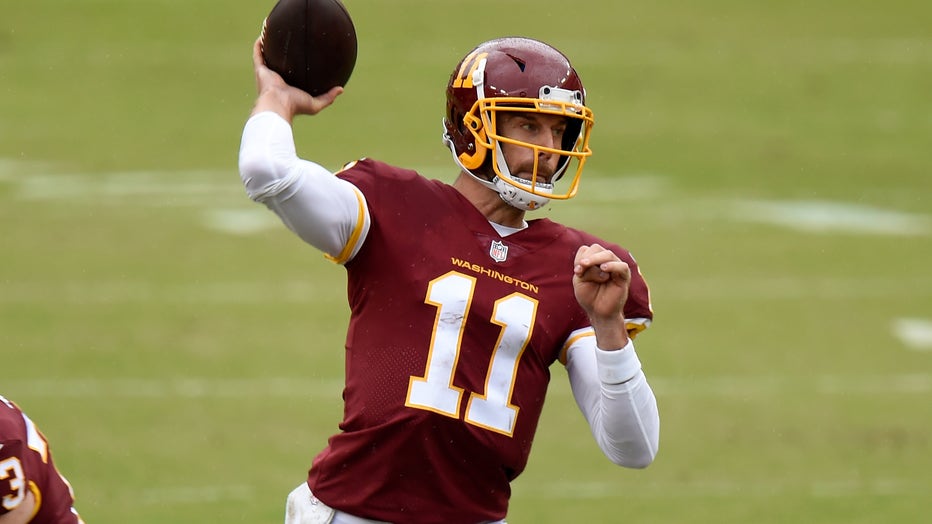 LANDOVER, MD - OCTOBER 11: Alex Smith #11 of the Washington Football Team throws a pass in the second quarter against the Los Angeles Rams at FedExField on October 11, 2020 in Landover, Maryland. (Photo by Greg Fiume/Getty Images)

"We take our responsibility to protect our staff, players, fans, and the community seriously," said Jason Wright, Washington Football Team President in a statement. "Since the beginning of the season, we worked in close coordination with Prince George's County health officials to monitor and assess the possibility of welcoming fans. We are thrilled to host some of our Season Ticket Members at the Giants game on November 8th and hope to welcome more fans through the FedExField gates in the near future."

Seats will be limited to the lower level of FedExField and a limited number of Suites.

Season Ticket Members will have the exclusive opportunity to access tickets for the game and will have access to purchase tickets on October 27th and ending on October 30th.

Everyone entering FedExField will be required to follow safety guidelines including wearing a face covering, utilizing mobile ticketing, maintaining social distancing, and using cashless payment methods. Tailgating will not be permitted.