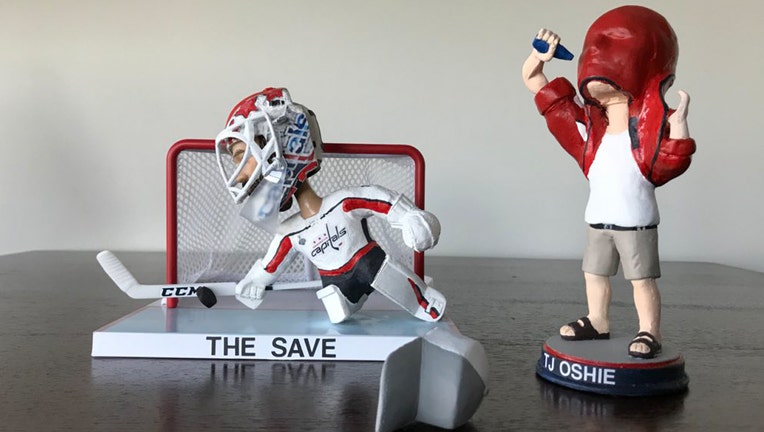 WASHINGTON - Yes, there is a bobblehead of T.J. Oshie drinking a beer through his shirt.

Virginia company Bobblehouse.com has been getting lots of attention on social media for their clever bobbleheads of Caps player in some signature moves, from Oshie's parade day move on stage (with bobbling beer), to Braden Holtby's incredible save from Game 2 of the Stanley Cup match.

The unique and hilarious figures have sparked a lot of attention -- even Oshie himself was impressed.

Wheedleton's made some creative bobbling figures of DC-area favorites, including several Nationals players and the racing presidents.

More information about Bobblehouse.com can be found their web page.