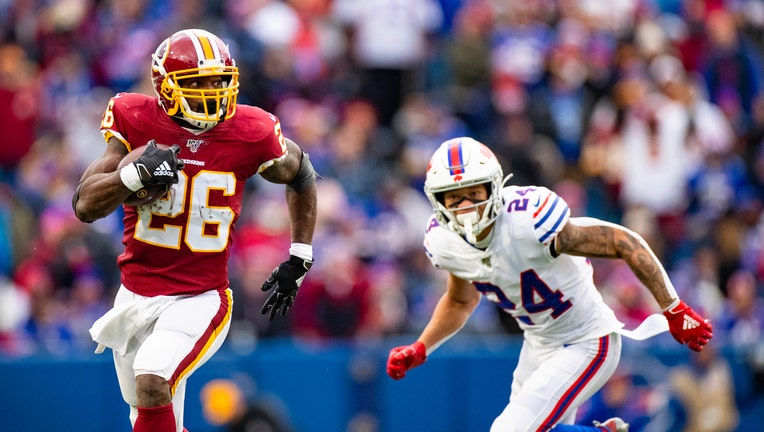 WASHINGTON (FOX 5 DC) - With a record of 3-9, one would assume the Washington Redskins would have no shot at making the playoffs – but they’re not mathematically eliminated from playoffs.

So you’re telling us there’s a chance? 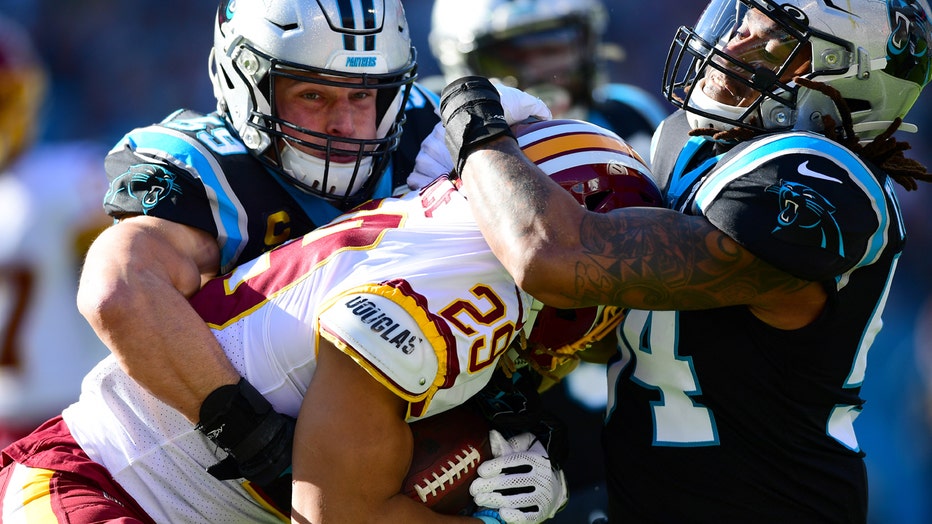 Luke Kuechly and Shaq Thompson of the Carolina Panthers bring down Derrius Guice of the Washington Redskins during their game on December 1, 2019. (Photo by Jacob Kupferman/Getty Images)

Well, technically Washington isn’t eliminated from the playoffs but what would need to transpire over the remainder of the season for them to make it would be close to a miracle.

Here’s what would need to happen:

- First, the Redskins would need to win out all its remaining games and finish with a 7-9 record.

- Second, the Dallas Cowboys would need to lose out all its remaining games and finish with a 6-10 record.

- Third, the Philadelphia Eagles would need to go 1-3 in their remaining four games with their only win being over the Cowboys.

RELATED: Redskins tickets selling for as little as $4

It would also be a tremendous feat seeing that the Redskins face Aaron Rodgers and the 9-3 Green Bay Packers this Sunday at Lambeau Field.

Things that cost as much as $4 Redskins tickets

Redskins tickets for Sunday's game are selling for as little as $4! Here are some other things you can get with 4 bucks.