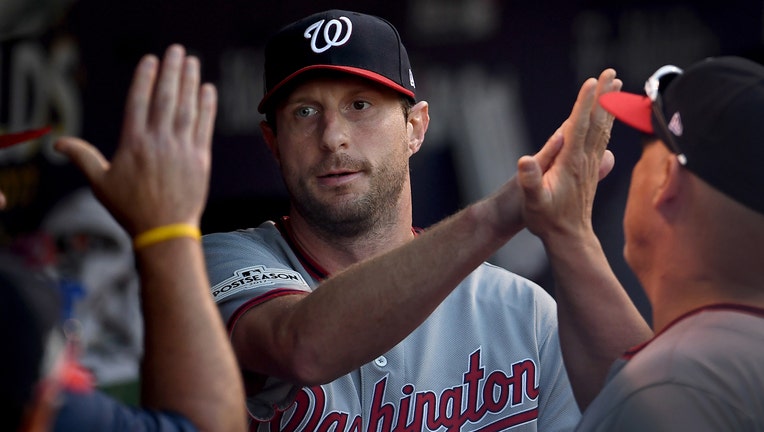 WASHINGTON (AP) -- Washington Nationals pitcher Max Scherzer suffered a broken nose when he took a ball off his face during batting practice on Tuesday.

Scherzer was injured while attempting a bunt. The team said a CT scan was negative.

The three-time Cy Young Award winner was scheduled to start one of the two games of Washington's day-night doubleheader against Philadelphia on Wednesday. The Nationals said Scherzer's status -- as well as the team's pitching plan for the doubleheader -- was still to be determined.