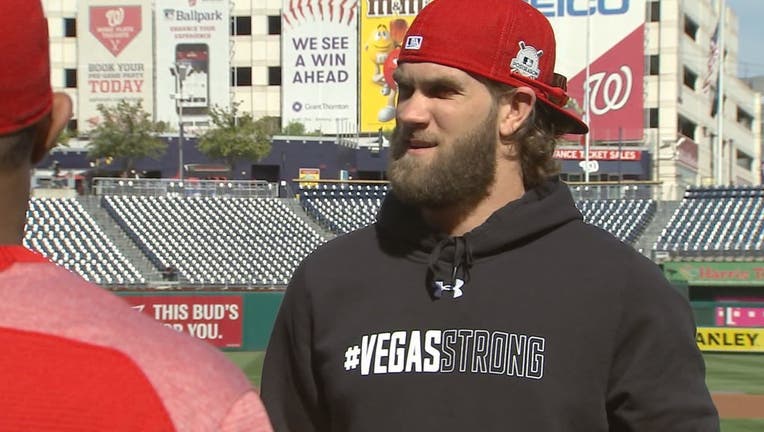 WASHINGTON - As Washington Nationals outfielder Bryce Harper looks to help his team's postseason push to the World Series, his hometown of Las Vegas remains on his mind after the deadly shooting attack that left 58 people dead and more than 500 injured.

Harper wore special custom-made red and white Pray for Las Vegas Under Armour cleats for Game 1 of the National League Division Series against the Chicago Cubs. One cleat showed off the iconic "Welcome to Fabulous Las Vegas Nevada" sign while the other featured the Vegas skyline.

While Harper is battling against fellow Las Vegas native and Cubs third baseman Kris Bryant this playoff series, the two friends also appeared in a PSA that aired during Game 1 to help raise awareness in supporting the victims and families affected by the mass shooting by donating to the Las Vegas Victims' Fund.