The University of Michigan announced Wednesday Howard has agreed to a five-year deal to take over as coach of his alma mater. He will be paid $2 million annually with a base salary of $400,000. 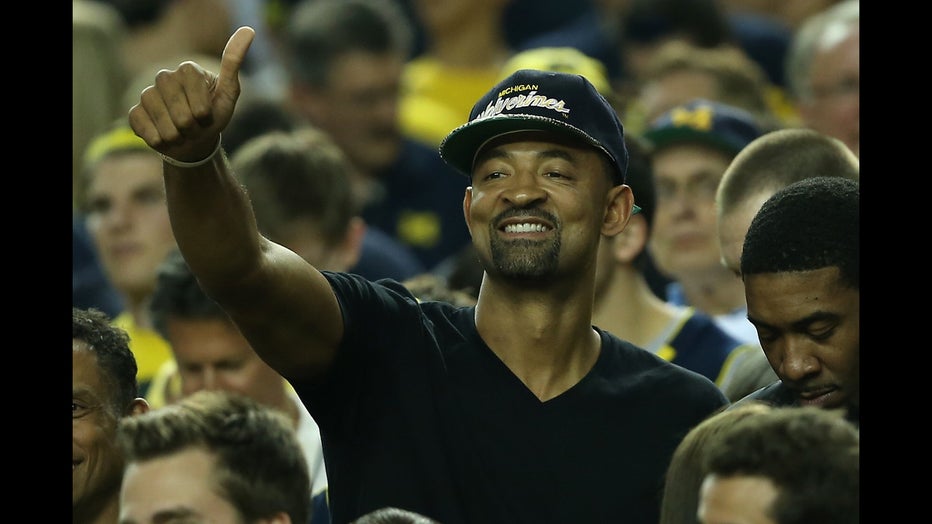 "We have found someone with high integrity, great character and a coach who has unbelievable knowledge of the game of basketball," said Michigan Athletic Director Warde Manuel in press release. "Juwan has proven himself to be a tremendous leader, a wonderful communicator and a developer of talent. We couldn't have asked for a better role model for the young men in our program. We are excited to welcome back a member of the family to Ann Arbor."

Michigan is giving the former Fab Five star his first shot to be a head coach other than during the NBA's summer league.

"I am very excited about the opportunity to lead the University of Michigan's storied basketball program," said Howard in press release. "I have been very fortunate to be part of a great championship organization in the Miami Heat for the last nine years -- three as a player and six as a coach. It was always going to take something incredibly special to for me to leave Miami; however, I know in my heart this is the right place and the right time.

"As a 'Michigan Man' I know the place our program has in college basketball and I embrace the chance to build onto that history and lead us to championships both in the Big Ten and national level. We will continue to develop young men on the court, in the classroom and in the community that our fan base will continue to be proud of.

"I want to sincerely thank Warde Manuel, President Mark Schlissel and all the great people at the University for entrusting me with this opportunity. I cannot wait to get started.

"It feels great to be coming home. Go Blue!"

Howard, 46, has been an assistant coach with the Miami Heat since 2013 and played in the NBA before that from 1994 to 2013 while winning two NBA championships.

The Chicago native went to the NCAA Championship game twice as a Michigan player. The school later removed the Fab Five's Final Four banners from Crisler Arena as part of self-imposed sanctions that stemmed from one of the NCAA's largest financial scandals.

Former Head Coach John Beilein left Michigan for the Cleveland Cavaliers on May 13th. Beilein, 66, had been at Michigan for 12 seasons and took the Wolverines to the national championship game in 2013 and 2018. He is Michigan's career leader with 278 victories.