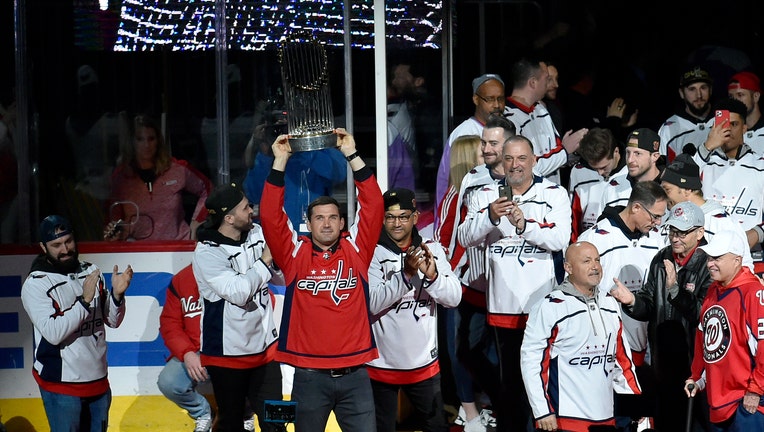 Washington National Ryan Zimmerman hoists the Commissioners Championship Trophy before the Calgary Flames vs. Washington Capitals on November 3, 2019 at Capital One Arena in Washington, D.C.. (Photo by Randy Litzinger/Icon Sportswire via Getty Images

WASHINGTON - The Washington Nationals are still taking victory laps in the wake of their historic World Series Championship win last week – and last night they had a chance to do it in style, riding the Zamboni at the Washington Capitals game.

The Nationals showed up in Capitals jerseys and hoisted the Commissioners Trophy for the fans of D.C.

The Capitals 2018 Stanley Cup victory kicked off three championships for the District.

The Capitals defeated the Calgary Flames 4-2 on Sunday.