In a post on Twitter, Humphrey wrote Monday: "I got the Rona hopefully I'll be back healthy soon."

Humphrey missed practice last Wednesday with what the team described as an "illness" but returned Thursday and played in Sunday's 28-24 loss to Pittsburgh. 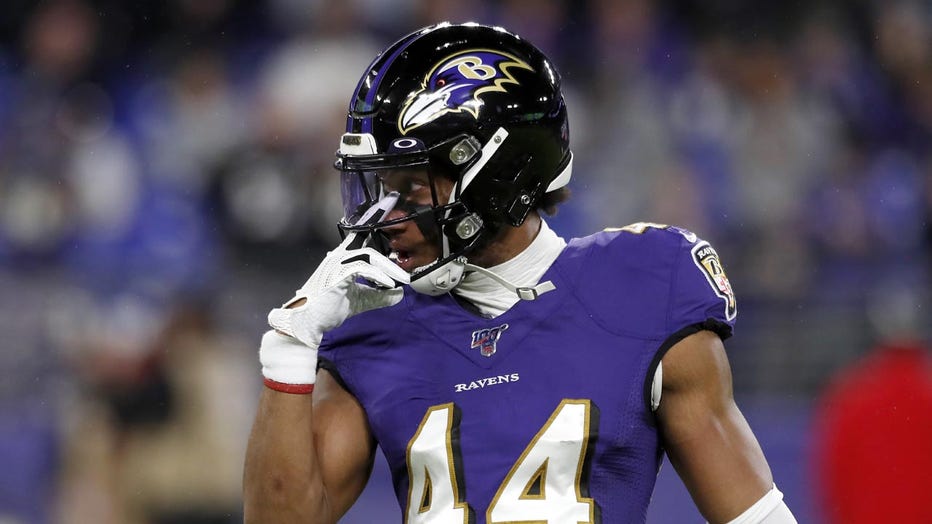 Marlon Humphrey #44 of the Baltimore Ravens warms up before the AFC Divisional Playoff game against the Tennessee Titans at M&T Bank Stadium on January 11, 2020 in Baltimore, Maryland. (Photo by Todd Olszewski/Getty Images)

The Ravens confirmed Monday that a player tested positive for COVID-19, but did not release the name of the individual.

The statement read: "We were informed early this morning that a Ravens player has tested positive for COVID-19. He immediately began to self-quarantine, and our organization is now in the NFL's intensive protocol.

"In coordination with the league, we have started the process of contact tracing and are following the guidelines of intensive protocol."

Humphrey is a key player on a Baltimore defense that has forced a turnover in 20 straight games. He had four tackles against Pittsburgh.

Baltimore faces Indianapolis on the road this Sunday.

The Steelers, after being made aware of a Baltimore player testing positive, released a statement that said the tests on their players all came back negative. The team said it would follow all NFL protocols and take precautionary measures at its training complex.

The Green Bay Packers on Monday also sent out a release that said a player tested positive. According to multiple reports, that player is running back AJ Dillon.

The Browns, meanwhile, announced that they are conducting their football meetings remotely on Monday.

The team said: "This morning, an active player who has not been in the facility today reported that he is experiencing COVID-19 related symptoms. While there have been no positive test results among players, coaches or staff members, the team decided to host meetings remotely to exercise the appropriate level of caution."