A 10-month-old New Zealand fur seal accidentally found its way into a house and ended up terrorizing the family cat. (Credit: Jenn Ross)

"The family cat looks different," is probably what one New Zealand family thought after they found a young seal inside their home.

Phil Ross, a marine biologist working at the University of Waikato in New Zealand, said his wife, Jenn, and two children, Noah and Ari, were home when they got the unexpected visitor.

The seal had entered through the family cat’s cat flap of which there are two, one on the garage door and one on the interior door, Phil explained.

The seal, which Phil identified as a 10-month-old New Zealand fur seal, managed to make its way into the house and proceeded to terrorize the family cat but Phil suspected the cat might have been mostly to blame. 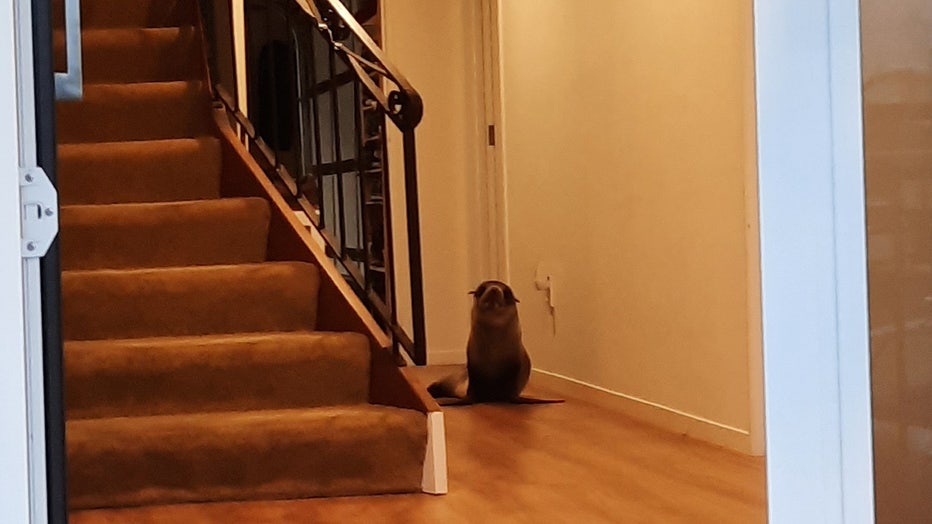 Seal seen in the hallway of the Ross home. (Jenn and Ari Ross)

"I haven't heard of seals going through cat flaps before but I blame our cat, Coco. Coco is fairly territorial and tends to have a go at dogs. I imagine she took a swipe at the seal, which didn't back down, and then proceeded to chase her up the side of the house and through two cat flaps, into the garage then into the downstairs part of our house. Coco hid at the neighbour's house and wouldn't come home until the seal was gone. Then for the next day, she wouldn't go downstairs where the seal was. We didn't see the seal/cat interaction, but it was clearly something that Coco didn't enjoy," Phil told FOX TV Stations in an email. 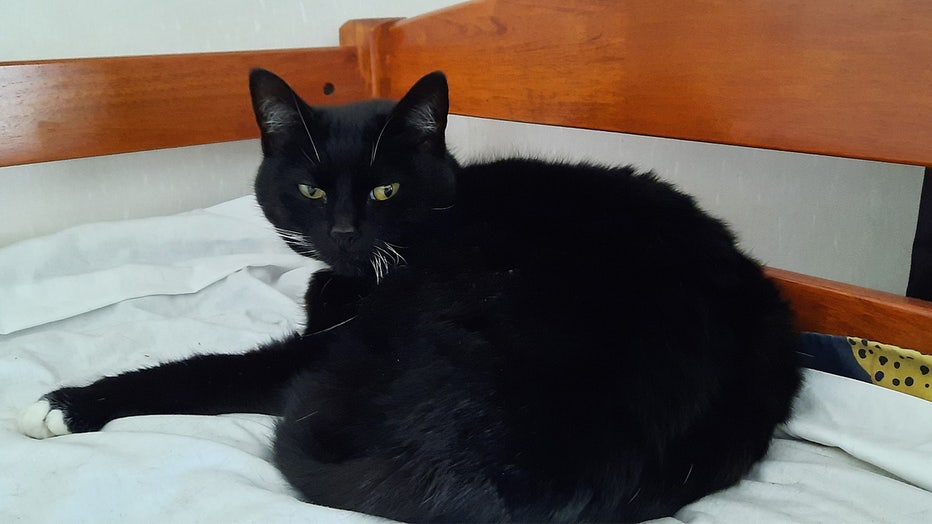 Phil and his family live in Mount Maunganui, New Zealand, and their home is situated a little over 164 yards from the beach where they often see seals, especially this time of year.

And being a marine biologist, Phil said he often studies seals and was disappointed that he wasn’t home when the entire ordeal occurred.

Seal near the front door of the Ross home. (Jenn and Ari Ross)

"Through winter there tend to be lots of seals at some of my research sites, so I get to see them underwater quite a lot. I try to avoid them on land because they can be fairly grumpy! The big irony of the situation is that this is probably the only family emergency where it would be useful to have a marine biologist at home and I wasn't there. Totally missed my time to shine," Phil joked. 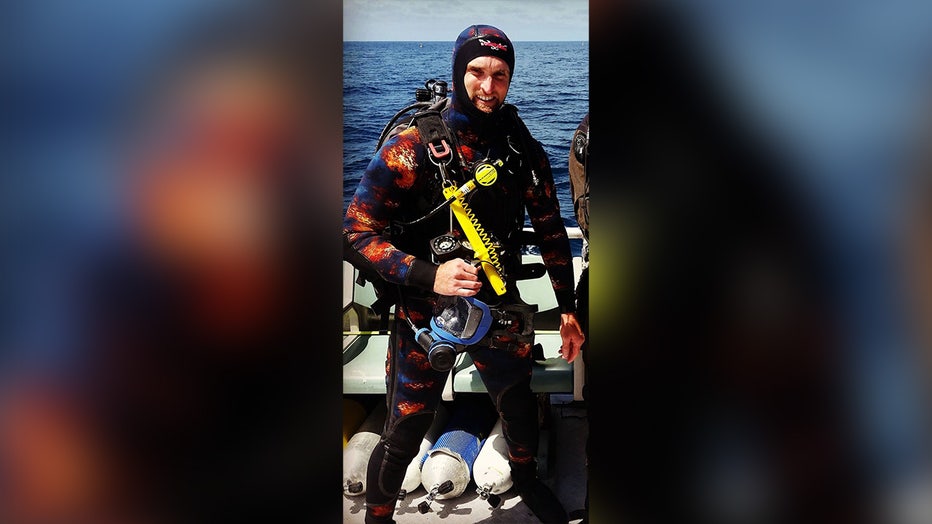 The young seal was in the home for about 90 minutes before Jenn was able to usher it outdoors where it was later captured by a ranger from the Department of Conservation. The seal was safely released back into a local estuary, Phil said.

"Jenn, my wife, is very cool-headed in these situations and handled the situation perfectly," he continued. 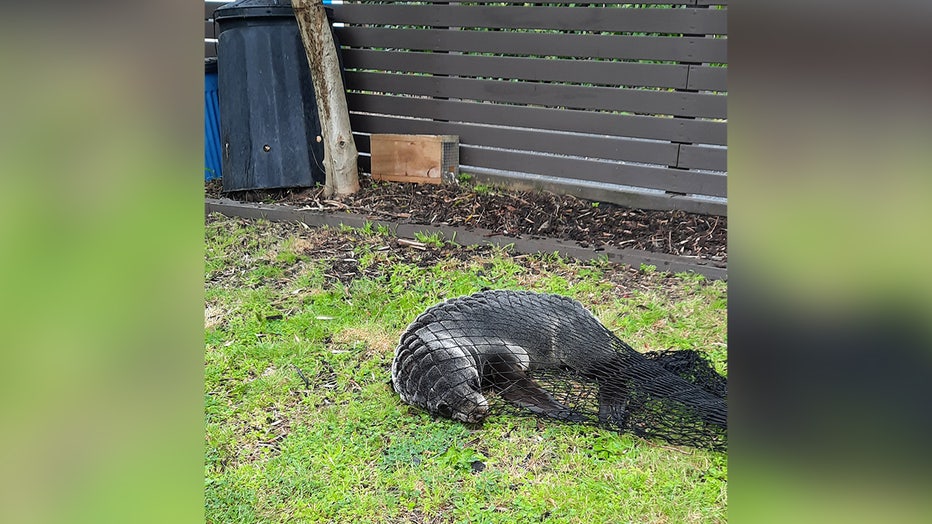 Seal captured in a net. (Jenn and Ari Ross)

"It is really common for young seals to end up on unusual bits of coastline at this time of year. The young ones are starting to get weaned, going out on their own, and like most teenagers, can make bad decisions about where they end up. We've just had a fairly big storm so quite a few seals are showing up on the beach for some rest and recovery, before heading out to sea again. This particular seal was obviously in good condition so decided to go for an explore over the sand dunes and up into the nearby streets and houses," Phil said.

New Zealand fur seals were almost hunted to extinction in the 1800s, according to Phil. But since being protected by the Marine Mammals Protection Act of 1978, their numbers have increased and populations are expanding back into the areas they once occupied.

"The challenge is that this leads to more and more interactions between seals and humans, and potentially a bit of conflict where humans and seals want the same resources (fish) or to occupy the same pieces of coastal property," Phil said.

But for now, Phil considers the New Zealand fur seal a conservation victory.