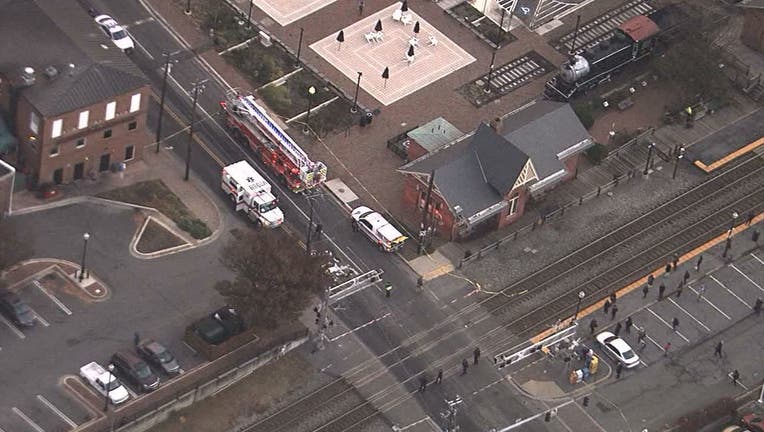 GAITHERSBURG, Md. - A woman was struck and killed by a vehicle near a train station in Montgomery County Tuesday, police say. The incident was reported around 6:45 a.m. on Summit Avenue and Wells Avenue near the railroad tracks by the Gaithersburg MARC station.

Officials say 52-year-old Li Zhang was crossing Summit Avenue when she was struck by the driver of a vehicle heading northbound. Police say the driver, identified as 29-year-old Abidemi Etabuno D Udah, left the scene but returned a short time later. The driver was not injured in the crash.

Zhang was pronounced dead on the scene.

CXS and MARC train traffic was temporarily halted. The incident is still under investigation.