WASHINGTON - President Donald Trump slammed the media and members of the Republican party while urging Vice President Mike Pence to "do the right thing" during his address to supporters Wednesday who rallied near the White House in support of his efforts to overturn the presidential election results.

Supporters in the crowd waved flags and carried signs that read 'Stop the Steal!' at the rally dubbed the 'Save America March.' 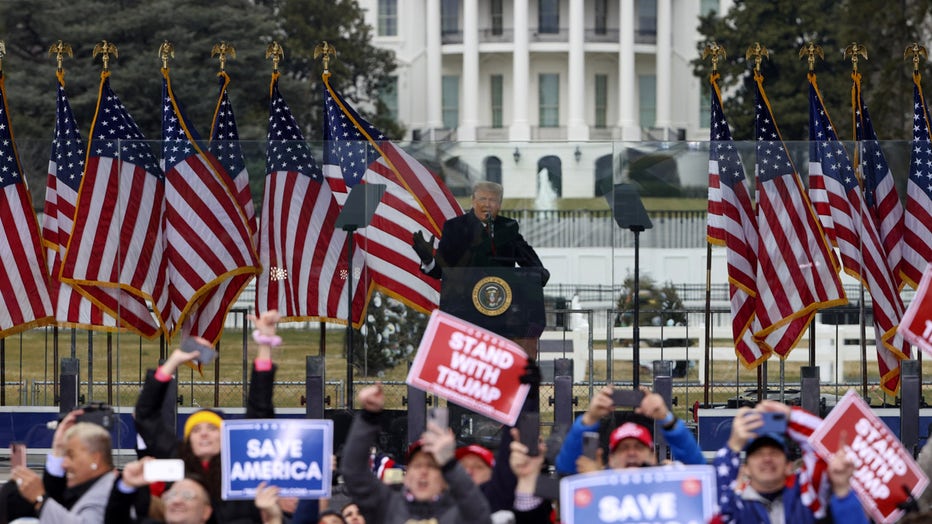 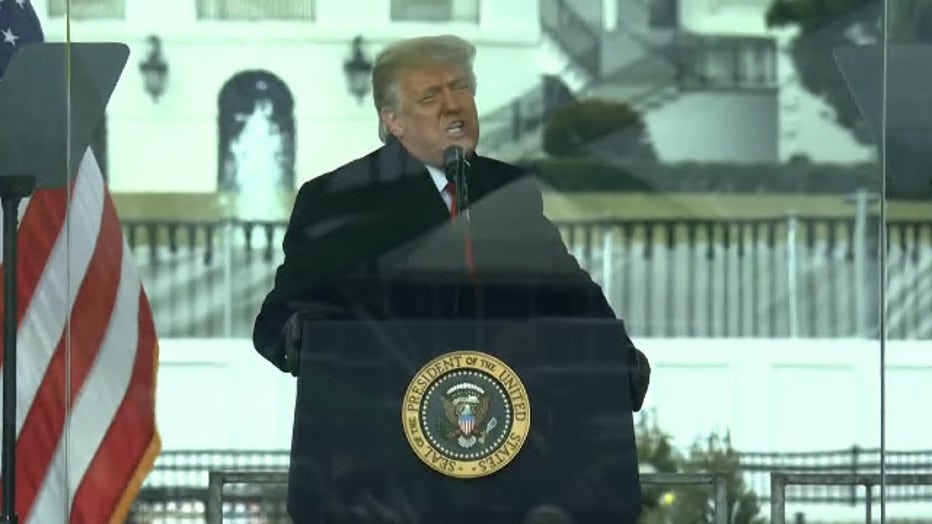 President Donald Trump addressed a crowd of supporters Wednesday who rallied near the White House in support of his efforts to overturn the presidential election results.

"We will never give up, we will never concede, it doesn’t happen you don’t concede when there’s theft involved," Trump shouted to the crowd. Crowds began gathering early Wednesday morning near the Ellipse and flooded through the gates as they opened around 7 a.m. Members of President Trump’s inner circle, including his son Eric and personal attorney Rudy Giuliani, spoke to crowds estimated to be in the thousands.

Multiple arrests at pro-Trump protests ahead of election certification

Thousands of Trump supporters have flooded into the District to protest the results of the 2020 presidential election.

Lawmakers are set to convene Wednesday for a joint session to confirm the Electoral College vote won by Joe Biden. The president’s Republican allies say they plan to object to several states' election results.

Prior to the rally, Trump pressured Vice President Mike Pence, who is powerless to change the outcome in Congress.

Demonstrators started gathering in the nation’s capital Tuesday. Overnight, police made several arrests for a variety of offenses, including weapons and ammunition possession, possessing a stun gun and assaulting a police officer, authorities said.

The Associated Press and FOX News contributed to this report

Homeland Security on alert as protesters pour into capital

Federal and local police agencies are on alert ahead of what are expected to be large protests in the capital on Wednesday.