The Washington Wizards take on the warriors at capitol one arena tonight and for the first time in more than a year they'll play in front of their own fans!

WASHINGTON - For the first time this season, fans will be in the stands at Capital One Arena for a Washington Wizards game.

Fans will be in attendance for the April 21, 7:00 p.m. game when the team hosts the Golden State Warriors. 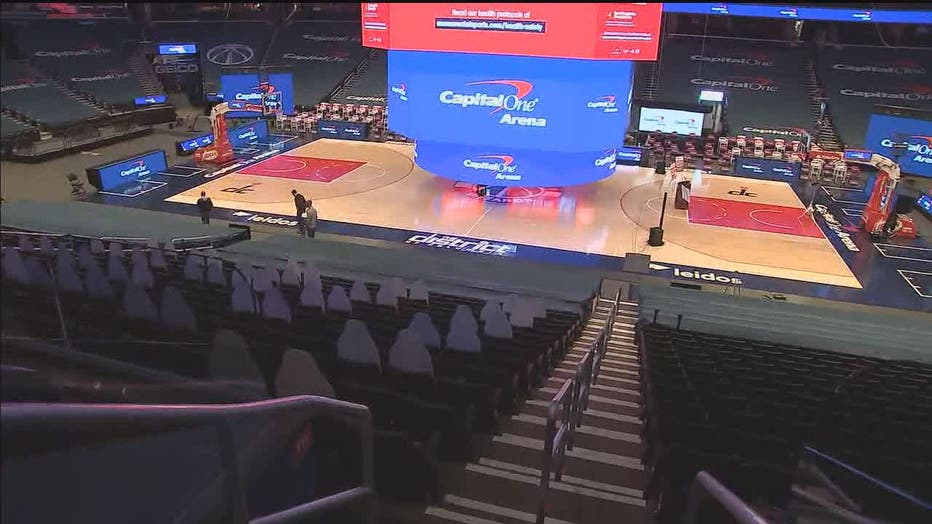 Attendance will be limited to 2,100 fans, 10 percent of the venue’s capacity. Team officials say limited tickets will be made available and priority for ticketing will be given to season ticket members.

The team says some who will be in attendance will be frontline workers for their work during the COVID-19 pandemic.

Team officials say upgrades to the facilities health and safety protocol are in place.