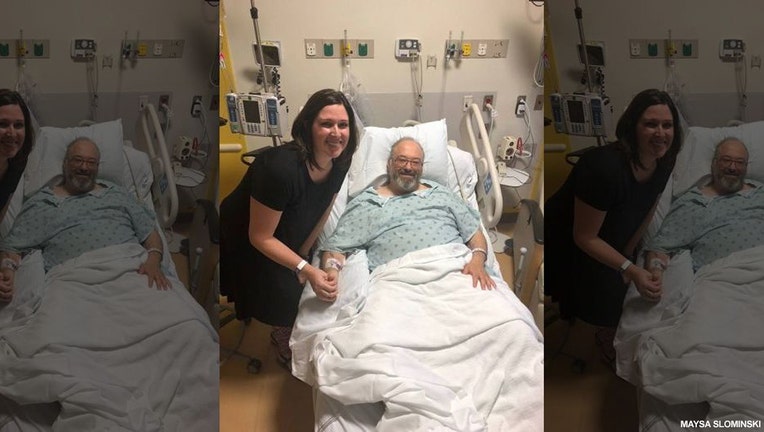 FAIRFAX, Va. - (FOX NEWS) -- A Virginia woman who donated her kidney to a stranger is being called a "guardian angel" by the family of the man whose life she likely saved.

"If it wasn't for [Crysti Shirley] I would be attending a funeral. She is a beautiful person," Maysa Munsey Slominski, the recipient's cousin, told Fox News on Wednesday.

Until recently, Jim Abed was in desperate need of a new kidney. The Fairfax man had been on the transplant list roughly two years, receiving dialysis multiple times a week while he waited.

In short, Abed's time was running out.

So, initially against her family's wishes, Slominski took to Facebook in February with the hope she could find a donor for her cousin.

At first, her call for help went unanswered. But the following month, Slominski's former co-worker, Crysti Shirley, saw her post for the first time. While she knew Slominski from her previous job, she and Abed were complete strangers.