Malcolm Meredith, of Manassas, Virginia, bought a lottery ticket for the May 20 Mega Millions drawing, according to the Virginia Lottery.

Soon after the drawing, he showed his ticket to a person who told him it wasn’t a winner, according to an Aug. 4 press release.

FOX Business reached out to the Virginia Lottery for comment. 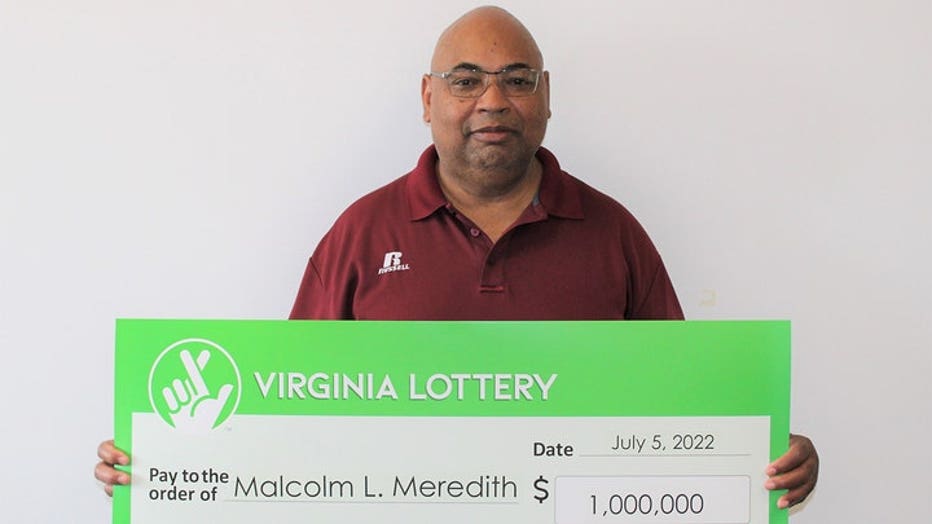 The agency revealed on its website that Meredith’s ticket had matched the first five numbers of the Mega Millions drawing, just not the Mega Ball number.

Meredith held onto the ticket and weeks later, he got a second opinion and found out he won.

Meredith took the ticket to the state lottery’s Northern Virginia Customer Service Center in Woodbridge, Virginia, where he learned he won $1 million, the release said.

"I was hoping and praying," Meredith told the Virginia Lottery.

The odds of matching the first five numbers of the Mega Millions are one in 12,607,306, according to the Virginia Lottery.

Meredith was the only person in the U.S. to match the first five numbers, the agency said.

He bought his ticket at a Harris Teeter grocery store in Manassas. The grocery store will also receive $10,000 for selling Meredith his winning ticket, the press release said.