A manhunt is on for a person of interest in the attempted robbery that police say led a suspect to shoot an Alexandria police officer this morning in Old Town.

ALEXANDRIA, Va. (FOX 5 DC) - An Alexandria man has turned himself in to the Virginia State Police Monday night after an early morning attempted robbery led a suspect to shoot an officer in Old Town this morning.

Police say Mitchell D. Thompson, 26, of Alexandria, Va. is in police custody and being processed on the felony warrant for possession of a firearm by a convicted felon. 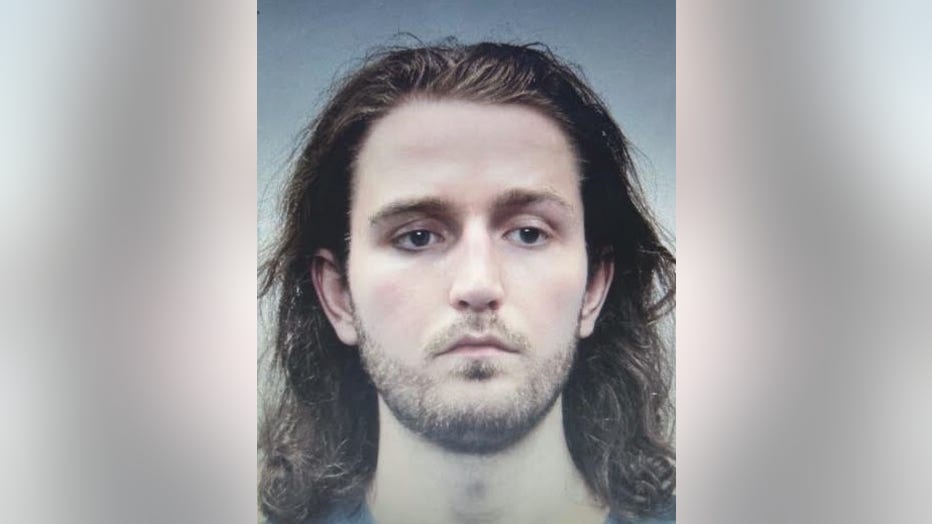 According to police, the incident initially began at around 5:01 a.m. Monday when the Alexandria Police Department received a report of shots being fired at a hotel in the 600 block of First Street.

When officers arrived at the scene, two individuals involved in the shooting had fled the hotel on foot. 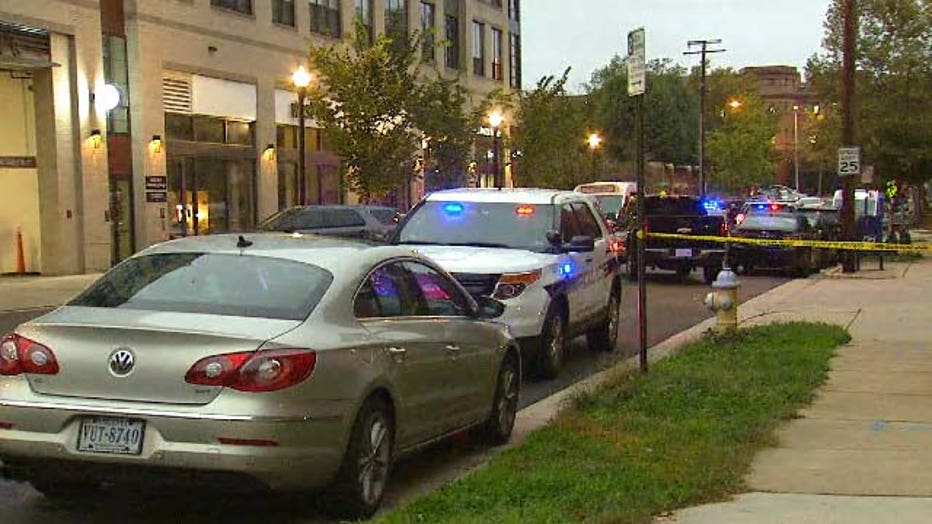 At approximately 5:50 a.m., an officer located two suspects, one of them Thompson, and a foot pursuit was initiated, police say.

When the officer and the two adult males reached the intersection of North Royal and Second streets, the officer and one of the two suspects exchanged fire, according to police.

The officer was shot and both suspects fled the scene again on foot.

The officer has since been treated and released for non-life threatening injuries sustained during the shooting.

Police say at approximately 6:24 a.m., Alexandria police officers engaged with a suspect near the intersection of Montgomery and North Fairfax streets.

Shots were reportedly fired by both the suspect and officers on the scene. The male suspect died at the scene. A stolen firearm was recovered in his possession, police say.

The man's remains have been transported to the Office of the Medical Examiner in Manassas for examination and autopsy. Police say next of kin notification is still pending.