Virginia is one step closer to legalizing the recreational use of marijuana. Both the House and Senate have now passed bills, but there are some details they need to agree on.

RICHMOND, Va. (AP) - Both chambers of the Virginia General Assembly passed legislation Friday that would legalize marijuana for adult recreational use, with retail sales starting several years down the road.

Work on the complicated legislation has been a priority for Democrats who control state government. But the process is far from finished — there are substantial differences between the two chambers' bills that must be worked out before they can be sent to Gov. Ralph Northam, who could also seek to make additional changes.

"I think that Virginia is on a path to an equitable legalization plan for marijuana. There have been a few bumps, but I’m hopeful that we’ll have a polished bill we can agree upon in the next few weeks," said Sen. Adam Ebbin, one of the chief patrons of that chamber's bill.

If the legislation is signed into law, Virginia would join 15 other states and the neighboring District of Columbia in legalizing small amounts of marijuana for adult recreational use, according to the National Conference of State Legislatures.

The House passed its version of the legislation on a 55-42 vote. The Senate advanced its bill 23-15.

Both chambers' measures would legalize possession of an ounce of marijuana or less for those 21 and older, though that provision has different start dates. Both bills would also start the process of expunging some previous misdemeanor marijuana-related offenses, starting July 1. Both measures envision retail sales starting in 2024, overseen by a newly created regulatory entity. And both would use the biggest portion of the tax revenue from sales to fund pre-K for at-risk kids. 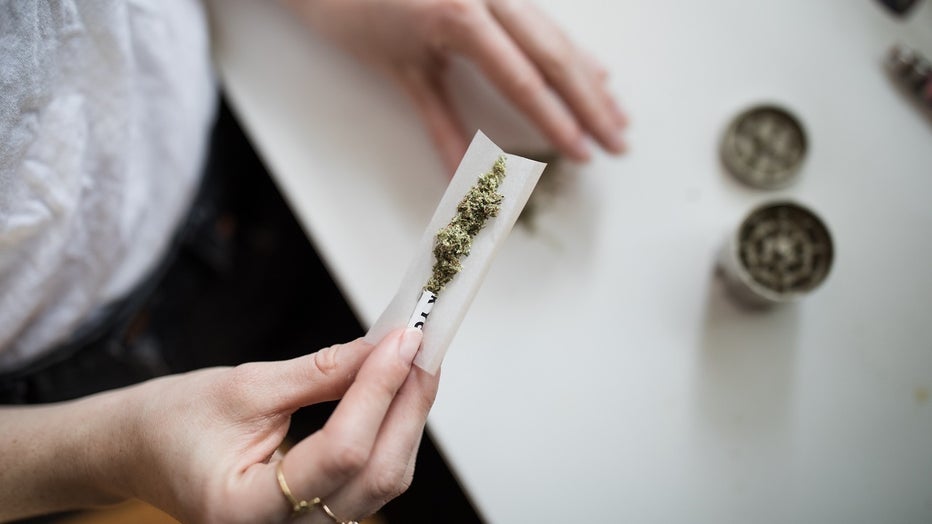 Among the differences between the two bills: the Senate version allows localities to opt out of allowing retail stores and it requires a second vote by lawmakers next year to finalize the legal framework.

This year's push for legalization comes after the new Democratic majority at the General Assembly passed decriminalization legislation last year, making simple possession a civil penalty that can be punished by a fine of no more than $25.

Northam, also a Democrat, took a new position in November supporting legalization. He said there were many reasons why he changed his mind, including unequal punishments for marijuana-related crimes among people of color.

In his annual address to lawmakers last month, he said legalization would ensure Virginia is a "more just state that works better for everyone."

"We’ve done the research, and we can do this the right way, leading with social equity, public health, and public safety," Northam said at the time.

Law enforcement groups, religious advocacy groups and addiction prevention advocates have been among those opposed to the measure.

Regina Whitsett, executive director of Substance Abuse Free Environment, Inc., said legalizing marijuana will increase the number of drug-impaired driving crashes and the use of marijuana among youth. The group is also concerned that edible marijuana products could get into the hands of young children and could result in accidental poisonings.

Dana Schrad, executive director of the Virginia Association of Chiefs of Police, said law enforcement officials are concerned that legalization will drive up use of marijuana overall and cause more impaired driving crashes.

"The issue of looking at this as a profit industry for Virginia is negated by health care costs, by impaired driving costs, by the fact that young people are exposed to this," Schrad said. "There are just a lot of other issues and costs that come from marijuana legalization."

Both versions of the legislation have safety provisions that deal with packaging, advertising and consumer education.

Legalization is expected to bring in substantial tax revenues. A recent study conducted by the legislature’s research and watchdog agency, the Joint Legislative Audit and Review Commission, found that legalizing and taxing commercial marijuana sales could generate between $154 and $308 million by the fifth year of sales.

House Majority Leader Charniele Herring, who is the chief patron of the House bill, said the legislation is a matter of urgency for people of color who have been disproportionately penalized for marijuana-related offenses.

"These communities have been hurting. The time to provide redress is now," Herring said.