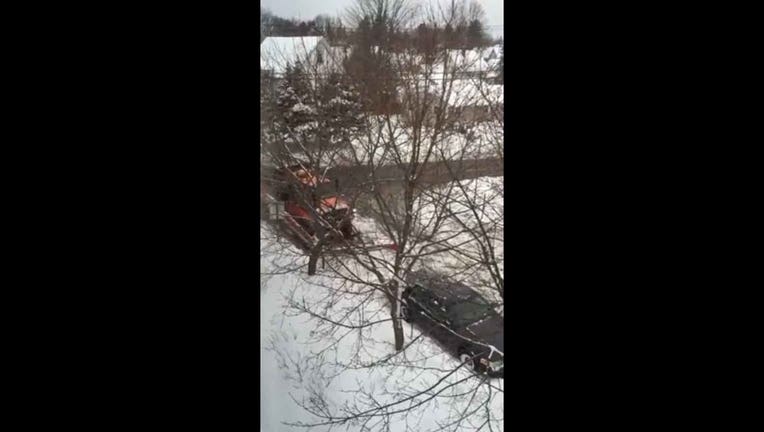 Cars in the northeast are getting buried in snow this winter – but one car in New Hampshire had a little extra piled on top!

Video posted to YouTube on February 8th shows a snow plow driver in Manchester appear to bury a car in snow.

The plow driver can be seen pushing a big load of snow behind of black car parked along the side of the road.

Snow already appears to have been pushed in front of the car.

In an interview with RightThisMinute.com, the car's owner, Owen Martin, said his car was damaged during the incident.

Martin said the police were called and the plow driver returned to the scene.