Hyattsville police are looking for a man who opened fire on a busy street Thursday night. They say no one was injured during the incident.

HYATTSVILLE, Md. - Hyattsville police have released video of a gunman they’re looking for who opened fire on a busy street Thursday night.

Police responded to the scene around 9:24 p.m. for a shots-fired complaint.

According to police, no one was hurt during the shooting, but bullets struck "at least three businesses" on Jefferson Street.

In addition, they say one bullet entered a second-floor window of an apartment building on 45th Avenue.

Investigators found multiple rifle casings in the area near the intersection of Jefferson Street and 45th Avenue.

They do not believe the incident was random, however.

Surveillance video shows pedestrians walking down the street immediately before the gunman jumps out of a vehicle with a rifle and starts firing.

The video shows a tall, thin, Black male with a "medium complexion." He has a short haircut, a white t-shirt, jeans and white sneakers.

The suspect entered the front passenger seat of a white, newer model BMW SUV with tinted windows, a sunroof, and silver rims. 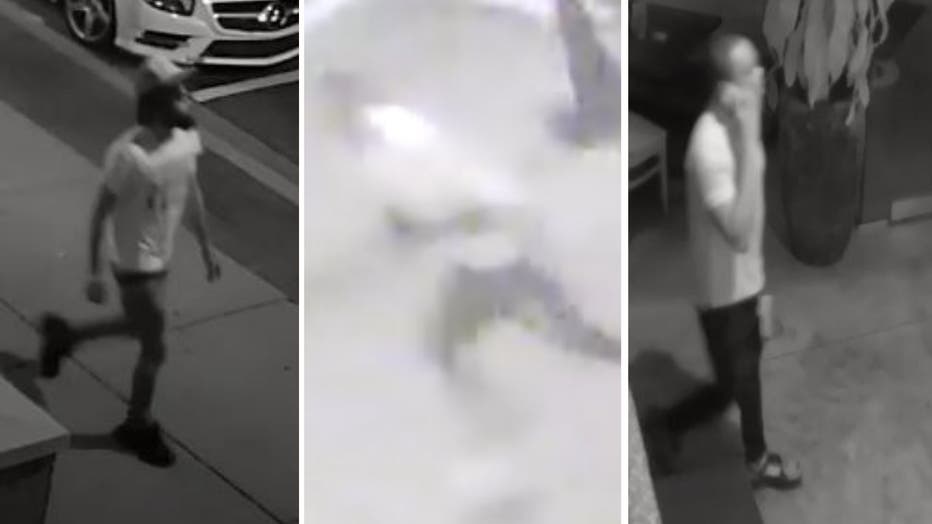 According to police, two other suspects were in the SUV. They described one as a "light-complexioned" Black male with short dreadlocks, who was wearing a yellow t-shirt, jeans, and a trucker-style cap.

The third suspect is a Black male with short hair, prescription-style glasses, a V-Neck t-shirt and walked with a limp.

Police are also looking for the vehicle that was targeted in the shooting.

The vehicle was a dark gray SUV, possibly a Toyota Highlander.