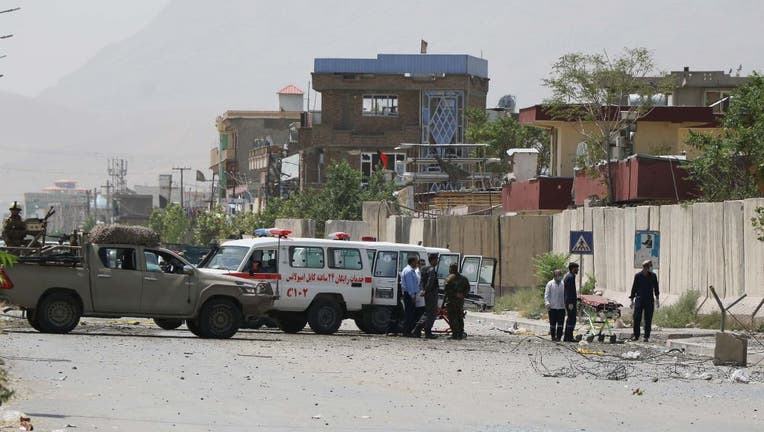 Ambulances arrive at the scene after a suicide car targeted police in the crowded Mirwais Maidan neighborhood during rush hours in Kabul, Afghanistan on 07 August 2019. According to the reports at least 20 people were killed and 100 others wounded in

ISLAMABAD (AP) - A senior U.S. State Department official says the seven-day “reduction of violence" deal promised by the Taliban will begin “tonight," without specifying the exact time. That will start the countdown to the signing of a peace agreement between the Taliban and the United States at the end of the month.

That peace agreement, to be signed in Doha, Qatar, on Feb. 29, will pave the way for a withdrawal of U.S. troops and intra- Afghan negotiations. U.S. Secretary of State Mike Pompeo says the peace agreement will also lead to an eventual permanent cease-fire.

“We are preparing for the signing to take place on February 29," Pompeo said in a statement. “Intra-Afghan negotiations will start soon thereafter, and will build on this fundamental step to deliver a comprehensive and permanent ceasefire and the future political roadmap for Afghanistan.“

The State Department official spoke on condition of anonymity to discuss the deal. The Taliban could not immediately be reached for comment.