U.S. Park police are investigating after a car slammed into the Emancipation statue in D.C.'s Lincoln Park Thursday morning.

Police responded to the scene around 5:36 a.m.

READ MORE: US Park Police confirm a laser was pointed at their helicopter during protests in DC this week

The vehicle was on its side, resting against the statue when they arrived. 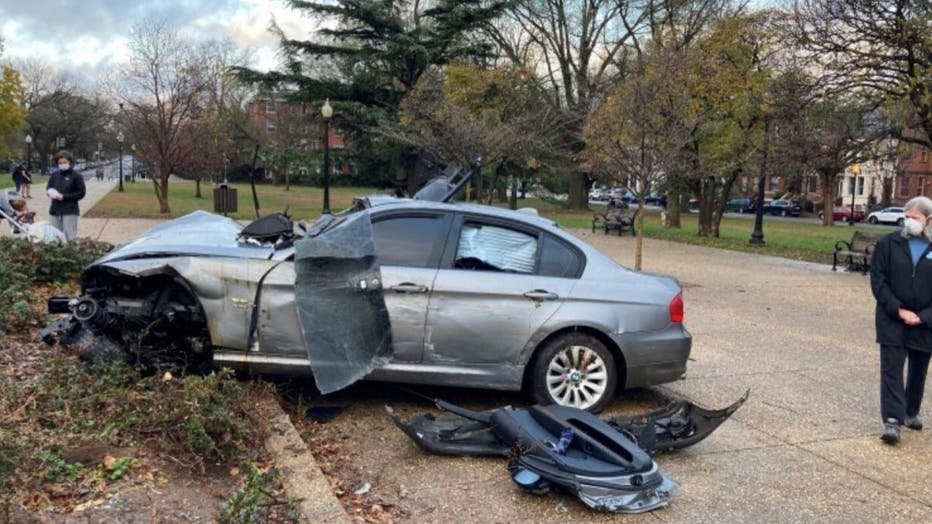 According to police, the driver was traveling south on 12th Street, Northeast when he crossed over the park sidewalk and then struck the statue before coming to a rest against it.

They say the driver and a female passenger were taken to a local hospital for treatment.

They do not believe their injuries are life threatening.

Police have not indicated what charges the driver might face.